KABC
By Marc Cota-Robles
SANTA ANA, Calif. (KABC) -- Caltrans officials are considering whether to create toll lanes on some of Orange County's major freeways, which are among the most heavily trafficked in the world.

A busy stretch of the 5 Freeway in Santa Ana is among those being looked at, along with sections of the 57, 55 and 91 freeways.

Like some major freeway-improvement projects, however, this one could take years before it is fully implemented. Officials have estimated a possible 10-year timeline for bringing the Orange County toll lanes to fruition.

LA Metro is looking to ease congestion on one of the busiest freeways in the world - the 405 Freeway.

If approved, the work would be undertaken by the Orange County Transportation authority.

OCTA officials are expected to discuss the matter at a meeting in April.

An unrelated widening project is already underway on the 405 Freeway, which will add toll lanes on that interstate between the Los Angeles County line and the 73 Freeway.
Report a correction or typo
Related topics:
trafficorange countycaltransfreewaytoll road
Copyright © 2021 KABC-TV. All Rights Reserved.
RELATED 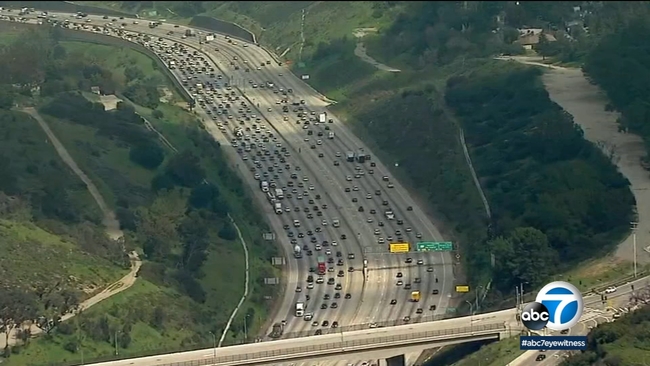