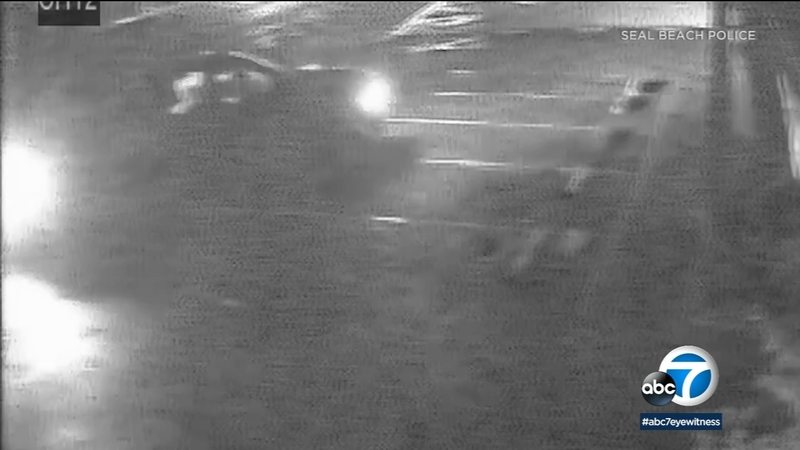 SEAL BEACH, Calif. (KABC) -- A hit-and-run driver lost control of a pickup truck that slammed into a restaurant in Seal Beach, prompting authorities to launch an investigation that includes surveillance video of the violent crash.

The incident occurred during an overnight rainstorm and triggered a burglary alarm at the Taco Surf restaurant in the 16200 block of Pacific Coast Highway, according to the Seal Beach Police Department.

Officers responded to the scene and discovered that the establishment had not been burglarized but found major structural damage to the building, a news release said.

Surveillance video shows the suspect's vehicle traveling northbound on PCH before hydroplaning across several lanes, spinning out of control and colliding with the structure. The driver then drove away, again heading northbound on the highway.

Investigators described the vehicle as an older-model, light gray or silver pickup truck with an extended cab and tinted windows. The truck sustained major damage to its entire passenger side.

Anyone with information about the vehicle or driver is asked to contact Officer Erin Enos of the Seal Beach Police Department at eenos@sealbeachca.gov or (562) 799-4100, ext. 1605.