KABC
LOS ANGELES (KABC) -- The terminal shuffle for 21 airlines at Los Angeles International Airport begins Saturday, with the bulk of the work happening in the early morning hours.

May is considered a busy month for the airport, but over the Mother's Day weekend it shouldn't be as heavy for travelers.

Over the next five days, 15 airlines will move to different terminals. Officials suggest checking with the airline before arriving and looking at signs to get to the right area.

The biggest airline that is relocating is Delta, which is moving from terminals 5 and 6 to terminals 2 and 3. Delta officials said that switch will lead to less delays for takeoff and landings.

Before the shuffle, the three largest airlines at LAX - Delta, American Airlines and United - were all on the south side, which led to hang-ups at the gate.

Delta will now have more gates on the north side and plans to spend $1.9 billion to renovate terminals 2 and 3, as well as connect them to Tom Bradley International Terminal.

A total of 21 airlines will be moved around and six have already switched. The moves end on May 17. 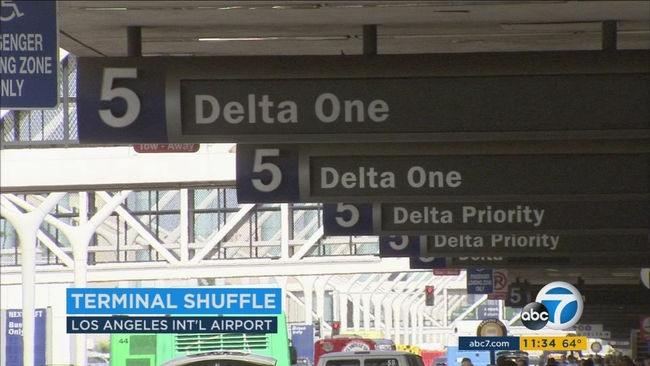