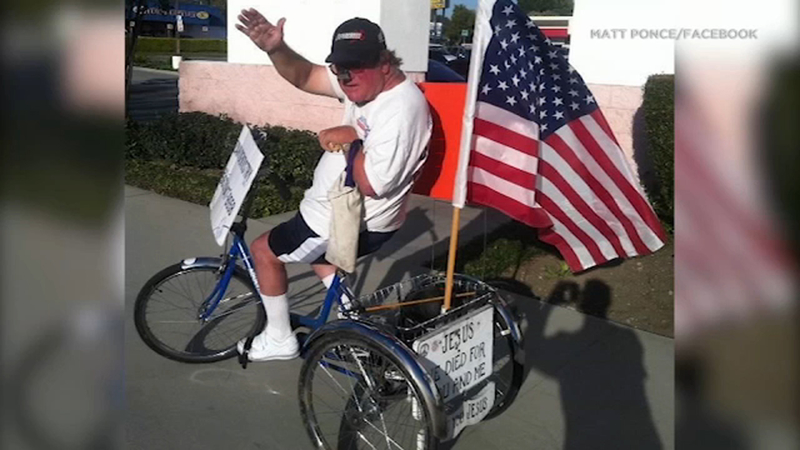 Whittier 'Tricycle Man' dies at 61 after being hit by car

WHITTIER, Calif. (KABC) -- A well-known Whittier man, dubbed by the community as the "Tricycle Man," has died after being hit by a car.

Large amounts of people turned out to a candlelight vigil Monday to honor the community figure, whose real name is Danny Martin. He was 61.

Beloved and well-known for waving at everyone he saw as he cruised around town on his tricycle, Martin was a professional motor cross racer until a 1981 crash left him comatose.

Doctors thought he might never walk or talk again, but he made a remarkable recovery.

"Whittier is going to stand up and show what a wonderful man he was. He prayed for anybody. He used to wear shirts that say 'I'll pray for you'," said friend Matt Ponce.