Investigators said the shooting happened inside a residential building on Grand Avenue.
KABC 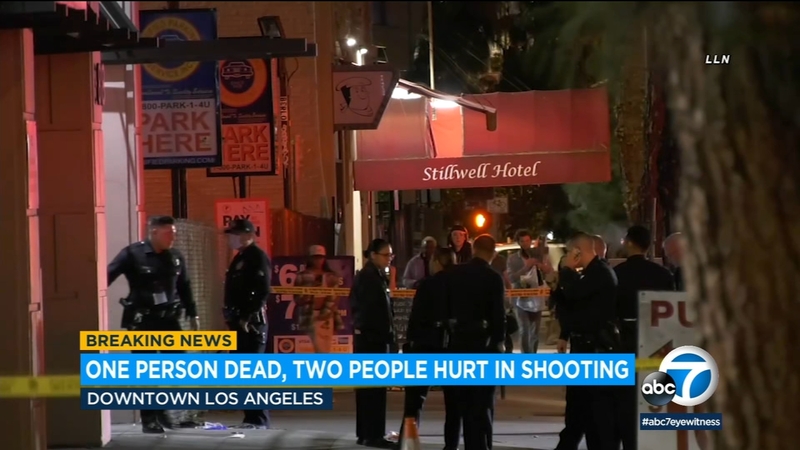 It happened just before 8 p.m. in the 800 block of Grand Avenue.

Police say one person was found dead on the scene. Two others were rushed to the hospital, but their condition wasn't released.

Investigators said the shooting happened inside a residential building. The suspects are being described as four men in their 20s.