Expedited deportations: Legal director explains what they are, what to do 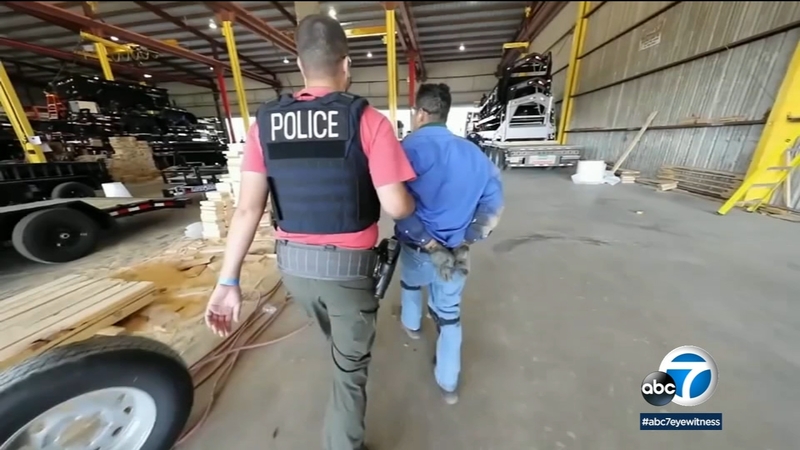 Expedited deportations: Expert explains what they are, what to do

LOS ANGELES (KABC) -- President Donald Trump's "fast-track deportations" took effect Tuesday for anyone who has been in the country illegally for less than two years.

The latest shift in immigration policy is a sweeping one that would speed up deportations and bypass immigration court for many undocumented immigrants.

"The Supreme Court said over 100 years ago that we don't deport people without due process of law," said Daniel Sharp, legal director at the Central American Resource Center, where they do everything from citizenship workshops to representing undocumented immigrants and filing family petitions.

He explained what expedited deportations are.

"In the past 22 years, administrations have only used this expedited deportation power for people at the border or at the airports, for people who had just come into the country and were apprehended at or near a port of entry or near one of our borders," he said.

The category is now much broader under the announced expansion of expedited removal.

"It will apply to anyone who cannot prove that they've been in the country for at least two years," Sharp added.

The proof would have to satisfy an immigration officer.

"Many immigrants don't have documents with them to prove how long they've been in the country and so this will, unfortunately, fall to the whim of individual immigration officers to make an enormously consequential determinations for people's lives," Sharp said.

Sharp described this as the administration's latest attack on migrants, which could also affect lawful residents.

"In the past, we've seen expedited deportation used against permanent residents and even United States citizens who've been deported at a border or port of entry because they couldn't prove their status on the spot," Sharp said.

He recommends carrying copies of things like utility bills, pay stubs or even a library card, but many immigrants rent a room or get paid in cash.

For its part, Department of Homeland Security said this will help alleviate some of the burden and capacity issues its facing.

The acting secretary said, "We are past our breaking point...," adding, "This designation makes it clear that if you have no legal right to be here, we will remove you."

DHS also said that unaccompanied minors are not subject to expedited removal, and those seeking asylum would be referred to an asylum officer.