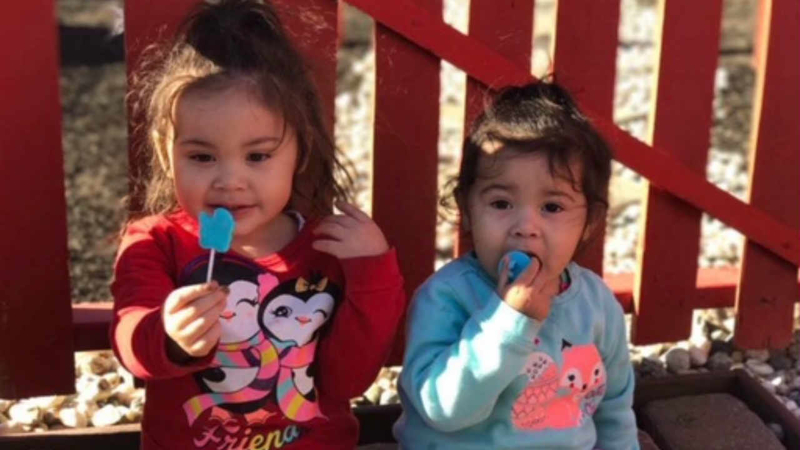 ANTIOCH, Calif. -- A deadly crash last week in Antioch will claim its second victim. Two-year-old Camila Cardoza will be taken off life support by her family.

On Sunday, more than 100 people came out to the Cardoza home in Pittsburg to pray for the two sisters - one already in heaven.

"They were beautiful girls, angels," said Johnny Cardoza, the girls' uncle who's been planning funeral arrangements.

Time is running out for Camila - who's still at the hospital in life support.

The family says doctors have declared her brain dead and there's not much more they can do. They're keeping her alive so the parents can say one final goodbye and donate her organs.

The girls' mom was also badly injured but has been able to spend time with Camila, before she goes.

Authorities say the man responsible for the crash is 23-year-old Noe Saucedo. The Contra Costa County DA's office has charged him with murder, felony evasion and possessing a stolen vehicle.

Detectives say Saucedo exited Highway 4 Wednesday -- driving the truck through a red light and broadsided Cardoza's car.
The family is devastated but forgiving. "The father said that he forgives him, because deep down he knows why would Saucedo want to kill two little angels," said relative Esmeralda Ramirez.

While the family's faith keeps them strong, they say the two inseparable sisters will soon be reunited.

As the family prepares to plan for two funerals, they are grateful for the community's support and donations. They've set up a go fund me account to help raise money for funeral expenses.