On eve of Oscars, UCLA report says film industry more diverse than ever 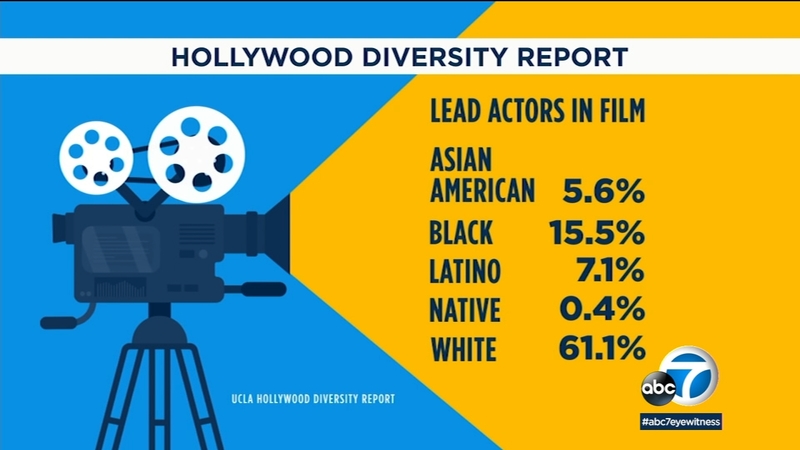 LOS ANGELES (KABC) -- We're three days away from the 94th Annual Academy Awards and the first traditional-looking event in over two years.

This comes as the recently released UCLA Hollywood Diversity Report shows the film industry is more diverse than ever.

This past year at the movies, the use of sign language has taken center stage. And several of those films that help embrace inclusivity of the deaf community have also made it to the Oscars.

The report looked at the last decade and found there has been enormous gains by women and people of color.

The findings point to progress in terms of equal representation in front of and behind the camera in the film industry.

Meanwhile, the percentage of women in leading roles and writing credits has doubled. There are also about five times as many women directors.

The report found that some minority groups fared better than others with African-Americans slightly "overrepresented" in leading film roles last year.

READ MORE: Beyonce, Billie Eilish among those to perform at 94th Oscars in Hollywood

One of the co-authors believes more needs to be done, including people identifying as Latinx, considered "extremely underrepresented" in all major categories.

"The numbers still are not even close to being proportionate for people of color and for women in terms of directing and writing," UCLA sociologist Ana-Christina Ramón said.

This year's Oscars will make history with its first trio of women hosting the show with Amy Schumer, Wanda Sykes and Regina Hall taking the stage. The first all-black production team will also make history.

Ramón said the final frontier is having more women of color behind the camera.

Hollywood Boulevard is continuing to undergo a transformation, as the red carpet was rolled out in preparation for the 94th Academy Awards.