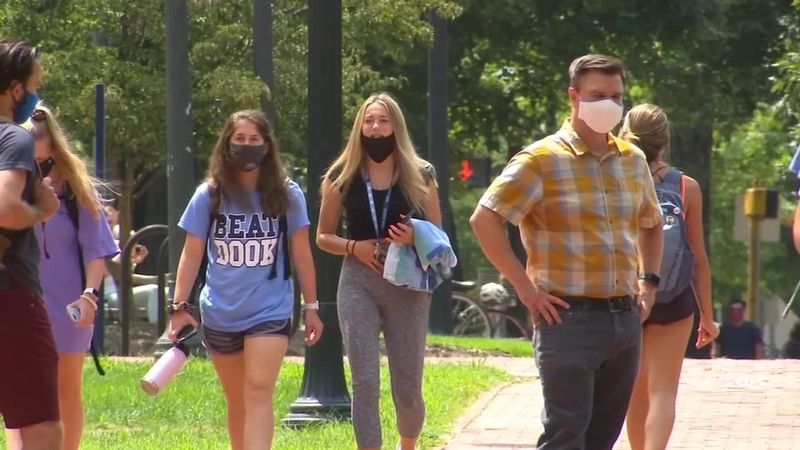 The University of North Carolina at Chapel Hill said it will switch to remote learning on Wednesday and make arrangements for students who want to leave campus housing.

"We have emphasized that if we were faced with the need to change plans - take an off-ramp - we would not hesitate to do so, but we have not taken this decision lightly," the university said in a statement after reporting 130 confirmed infections among students and five among employees over the past week.

UNC said the clusters were discovered in dorms, a fraternity house and other student housing.

Before the decision came down, the student newspaper, The Daily Tar Heel, ran an editorial headlined, "UNC has a clusterf-k on its hands," though without the dashes.

The paper said that the parties that took place over the weekend were no surprise and that administrators should have begun the semester with online-only instruction at the university, which has 19,000 undergraduates.

"We all saw this coming," the editorial said.

Officials are not mandating that students leave campus, but are strongly encouraging them to do so.

University officials said, as of Monday, 177 students were in isolation and 349 in quarantine, both on and off campus.