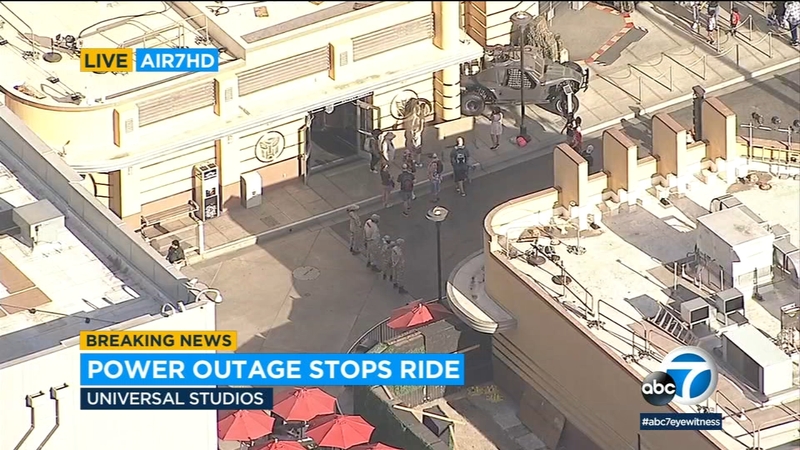 UNIVERSAL CITY, Calif. (KABC) -- A group of people visiting Universal Studios Hollywood on Thursday had to be rescued after a power outage left them stuck on the Transformers ride.

According to the Los Angeles County Fire Department, the incident call came in just before 3:45 p.m.

A group of about 11 people had to be rescued, according to authorities. The power outage also impacted the Harry Potter ride.

No injuries were reported and crews were able to get everyone off safely.

AIR7HD video from above the scene showed LACOFD units surrounding the north side of the theme park, which appeared to be the only part that was affected by the outage.

"As a result of a power interruption from So Cal Edison, we experienced a brief power dip which resulted in exiting guests from some attractions. Power has been fully restored and we're working to get a few remaining attractions back online. The theme park remains open."