Firefighters were battling a vegetation fire in the Fontana area on Sunday afternoon.
KABC 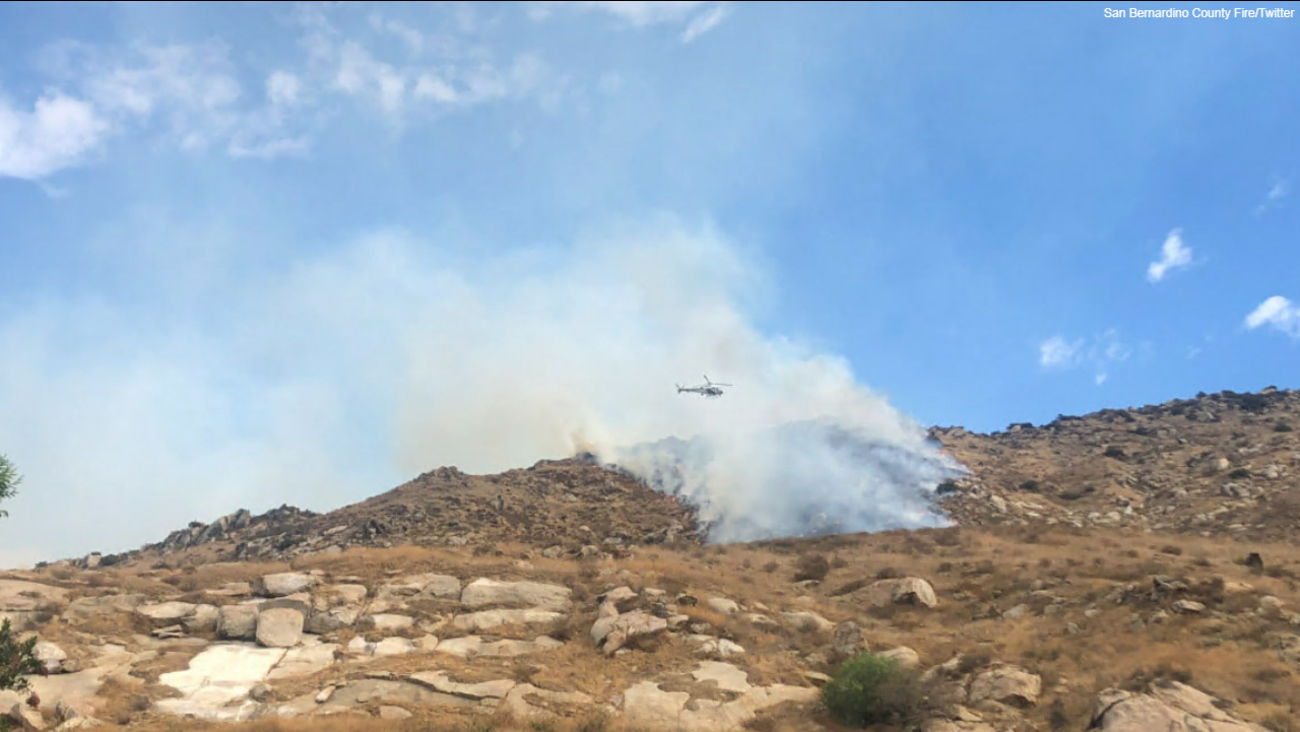 FONTANA, Calif. (KABC) -- Firefighters were battling a vegetation fire in the Fontana area on Sunday afternoon.

The blaze in Jurupa Hills was deemed a three-alarm fire around 2:10 p.m, according to the San Bernardino County Fire Department.

It had spread to about 15 acres as firefighters reported they were working on perimeter control, work made more difficult by the steep terrain.

Photos from the scene showed at least one helicopter performing water drops.

Fire official said there was no immediate threat to structures, and no injuries have been reported.
Report a correction or typo
Related topics:
fontanasan bernardino countybrush fire
Copyright © 2020 KABC-TV. All Rights Reserved.
More Videos
From CNN Newsource affiliates
TOP STORIES