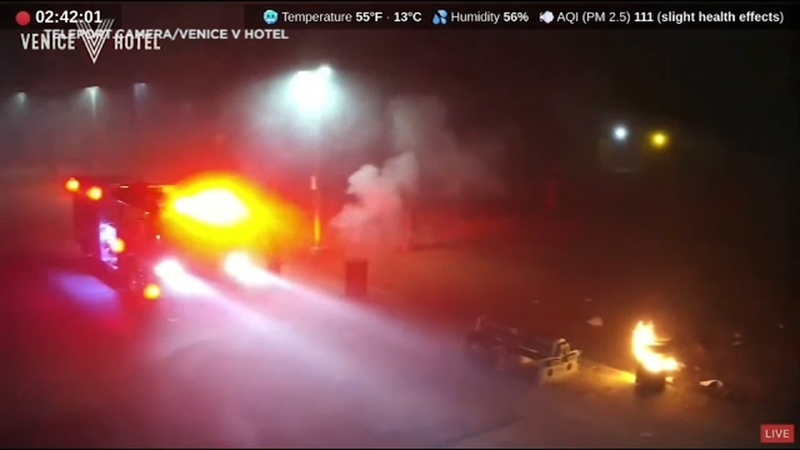 Arson suspect arrested, another sought in connection with Venice fires

VENICE, LOS ANGELES (KABC) -- An arson suspect was arrested Thursday in connection with a series of trash bin fires along Ocean Front Walk in Venice, and a second suspect is being sought, authorities said.

Jonathan Michael Noriega, 32, was taken into custody by the Los Angeles Fire Department's Arson/Count-Terrorism Section, according to a news release from the agency.

The fires were set shortly after 2:30 a.m. Tuesday, the statement said. Surveillance video from the nearby Venice Hotel shows a person approaching a succession of garbage bins on the sidewalk and apparently igniting something each time.

Firefighters responded to the scene and extinguished the flames before they could spread to any structures, the LAFD said. No injuries were reported.

Noriega was arrested after plainclothes LAFD investigators, in collaboration with Los Angeles Police Department patrol officers, canvassed the area in the hours after the incident, officials said.

A 2-year-old saved his entire family from a devastating fire after his parents lost their sense of smell because of COVID-19.

No description of Noriega's alleged accomplice, who remains at large, was available.