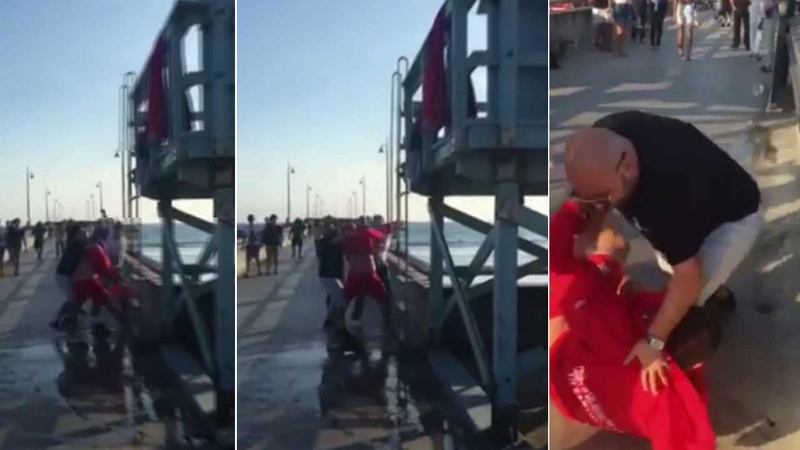 The attack, which was captured on camera by a local surfer, occurred at about 7:15 p.m. In the video, the Los Angeles County lifeguard climbs down from the lifeguard tower and is immediately attacked by two men and a woman. 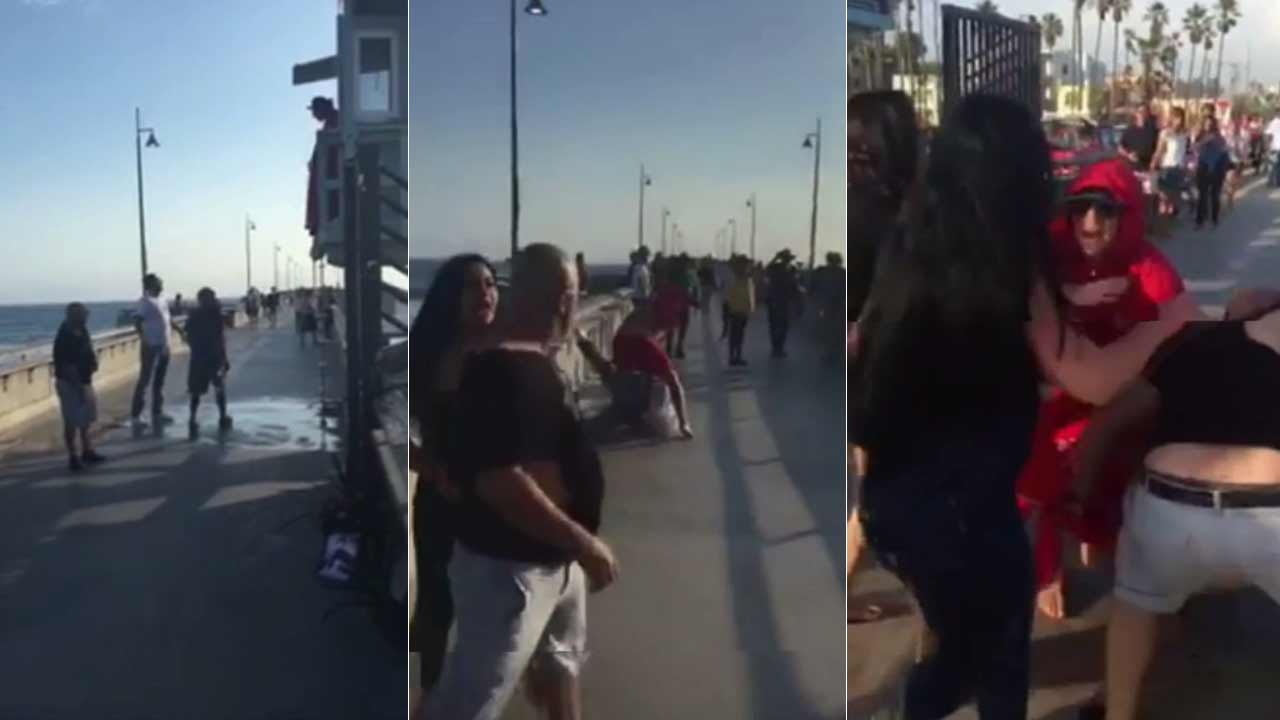 Following the altercation, the lifeguard tells fellow lifeguards that the suspects flicked a cigarette at his tower.

"You sexually harassed me," the woman yells before attacking the lifeguard again.

The lifeguard was transported to a local hospital with minor injuries. He may have suffered a broken hand, according to L.A. County Lifeguards Capt. Ken Haskett.

"It is a felony to assault an ocean lifeguard, who is a peace officer," Haskett said.

One suspect, who was knocked unconscious, was transported to a local hospital in unknown condition.

The three suspects were arrested for felony battery on an executive officer.