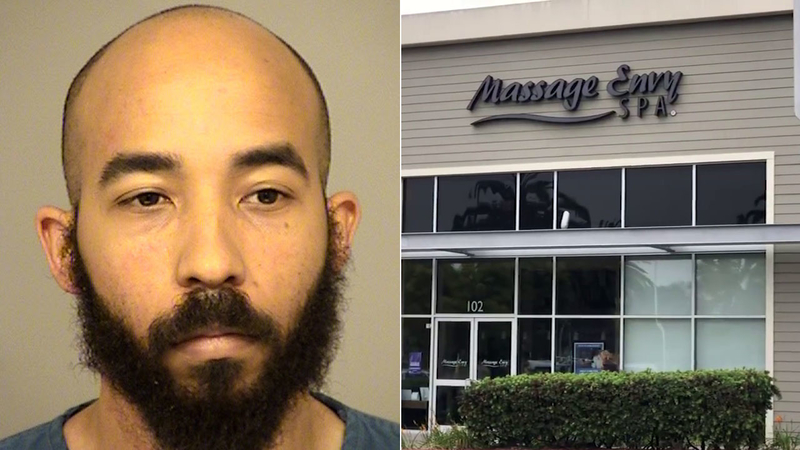 VENTURA, Calif. (KABC) -- A massage therapist at a Ventura Massage Envy has been arrested for allegedly sexually assaulting a woman at the end of her massage.

The therapist, identified as 29-year-old Anthony Wearing, was arrested Tuesday for sexual battery and digital penetration, both felonies. He's being held on $100,000 bail and is expected to make his first court appearance Thursday afternoon.

The woman told police the assault happened last Saturday at the Massage Envy on 103 S. Mills Road as her 90-minute massage session was coming to an end.

According to Massage Envy, which is cooperating with the police, Wearing had been working at the location for less than two weeks and has been a licensed massage therapist for the last two years.

In a statement, Massage Envy said Wearing was immediately removed from the service schedule, then fired. He's also banned from all Massage Envy locations.