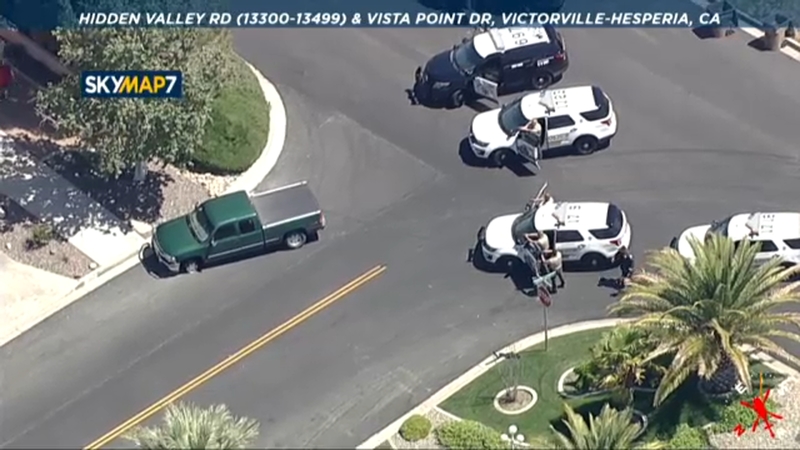 VICTORVILLE, Calif. (KABC) -- A pursuit suspect in a green pick-up truck was detained near Victorville Monday afternoon, following an apparent standoff with authorities after a chase through the High Desert.

The chase came to an end around 2 p.m. when the vehicle came to stop in a Spring Valley Lake neighborhood. The truck looked to have a deflated tire on the front driver's side and the driver remained inside the car for about an hour before he was detained.

At least seven squad cars surrounded him and officers were seen with drawn weapons and they attempted to coax him out.