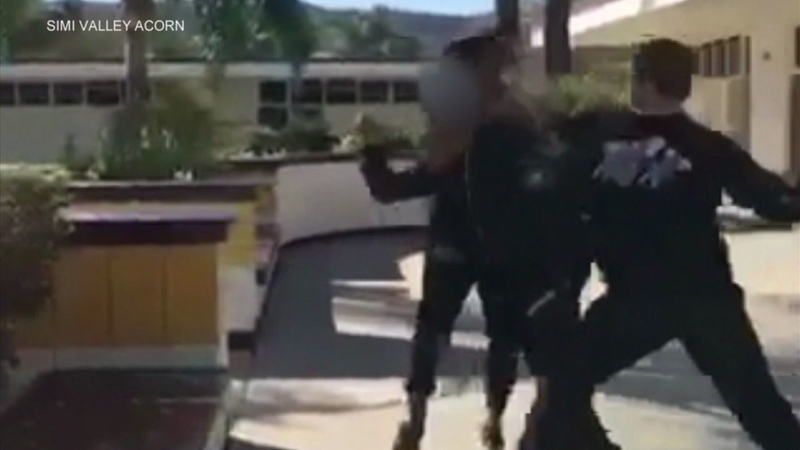 SIMI VALLEY, Calif. (KABC) -- In a viral Snapchat video, a Simi Valley High School student was seen being violently beat up by two other students over "trash talk" on social media.

Simi Valley police said they responded to the reports of two students fighting against one on campus during school hours on Oct. 16.

The two students who were seen pummeling and even stomping on the one student were arrested. One of the boys was arrested the same day and the other the next day, authorities said.

One of the students was arrested on suspicion of felony battery with bodily injury. The other boy was arrested for the same charge in addition to assault with a deadly weapon because he kicked the victim in the head area.

Authorities said the victim suffered swelling, bruising to the left side of his head, a loose tooth and head pain. He also claimed to have lost consciousness at one point.

Medics responded to the scene, checked the student out, but did not take him to the hospital. Authorities said the student's mother, who was at the school, took him herself to get medical treatment.

Authorities said it appeared the fight happened because the two students were angry about something the victim posted on social media.

The Simi Valley Unified School District provided Eyewitness News with a statement regarding the incident.

"We do not tolerate bullying or violence on our campus in any form," the statement said.