Police were at the scene but did not appear to be intervening as looters used objects to break down a gate and forced their way into businesses.
KABC 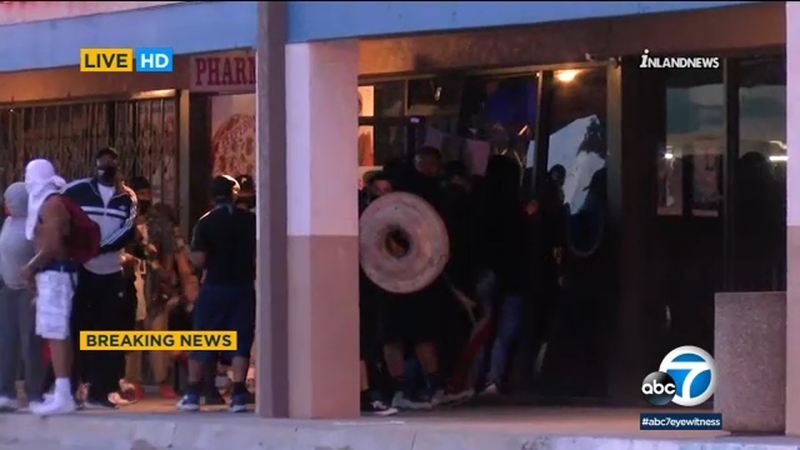 SAN BERNARDINO, Calif. (KABC) -- Looters were seen breaking into stores at a strip mall in San Bernardino on Sunday as protests and violence continued throughout Southern California.

Inside the parking lot of the strip mall, a dumpster fire could be seen burning with no firefighters in sight as people roamed the area.

Police were at the scene but did not appear to be intervening as looters used objects to break down a gate and forced their way into businesses.

San Bernardino is the latest city on Sunday to see looting and vandalism as some peaceful protests devolved into violence over the weekend in other cities, including downtown Los Angeles, the Fairfax District in Los Angeles, Santa Monica and Long Beach.

More than 900 people have been arrested in Southern California amid the protests and violence over the weekend.

In Santa Monica, chaos struck as looters broke into stores just blocks away from a mostly-peaceful Black Lives Matter protest. At least nine fires were set in the city -- four to buildings, four to cars and one in a dumpster, fire officials said.

In Los Angeles County, a 6 p.m. curfew on Sunday was declared after extensive looting and violence. The curfew will stay in place until 6 a.m. Monday.

So far, no word if any looters were caught or arrested in San Bernardino.