WARNING: This video may be disturbing to some.
KFSN
By Corin Hoggard
FRESNO, Calif. -- Never-before-seen video of a Fresno police shooting involving a teen sheds light on an investigation and an upcoming court case.

The video was acquired by ABC7's sister station, KFSN-TV.

"From the video, the officer just comes up, crouches down, and shoots," said legal analyst Tony Capozzi.

An officer shot and killed 16-year-old Isiah Murrietta-Golding as the teenager ran away from police investigating a shooting death a day earlier in April 2017. Police say the officer believed the boy might be armed, but it turned out he was not.

"Isiah and his brother were considered possible or probable suspects," said plaintiff's attorney Stuart Chandler, who represents the boy's father. "There was not a warrant for their arrest. There was no conduct by Isiah that day to ever show that he had a gun - because, of course, he didn't."

Murrietta never stood up again after the gunshot hit him in the back of the head.

Police had tried to detain the 16-year-old a few minutes earlier in a shopping center parking lot near Shaw and Fresno.

"Backwards," you can hear an officer order him in body camera footage. "Towards my voice. Down on your knees."

Then, the footage shows Murrietta running away and an officer following. You can't see the chase end on the video, but you can hear it.

Warning: The video above is the full bodycam footage from the 2018 officer-involved shooting. The video is not graphic but may be disturbing to view for some audiences.

Murrietta had run to a daycare where surveillance video shows him jumping a fence and running again.

Warning: The video above is the full surveillance footage of the shooting from the daycare. The video is not graphic, but may be difficult to view for some audiences.

He made it about eight steps into the yard before Officer Ray Villalvazo fired the deadly shot.

Officers thought the teen might be involved in a homicide the day before and Villalvazo reported Murrietta looked at him and reached for his waistband, so he feared for his life.

"Villalvazo over there described being in fear for his life," a KFSN reporter said as he watched the video with legal analyst Tony Capozzi.

"There's no way that police officer was in fear of his life," Capozzi said. "That's a justification for the shooting he committed here. Frankly, the killing he did in this particular case. There was no reason for him to shoot that gun. None whatsoever. It makes me angry just to look at this videotape."

But fellow officers seemed to approve.

"Good shot," you could hear one of them say in the body camera footage.

New police chief Andy Hall declined to comment for this story because of the pending lawsuit, but the city's Office of Independent Review, the OIR, found the shooting within policy.

"The reasonableness of force is based on the officer making a split second decision after observing the suspect reaching for his waistband area several times during the foot pursuit," said independent reviewer John Gliatta in his finding justifying the use of lethal force.

"But that's just not what the law says," said Chandler. "The law says there has to be an immediate threat of death or serious bodily injury, which clearly there wasn't. This young man was trying to run away. and you can be as critical as you want about how you shouldn't do that, but it doesn't give police the right to use lethal force."

The OIR did recommend ten policy changes, including putting body cameras on officers on the street violence team, like the one who shot and the one jumping the fence to chase him. Those officers should also have less lethal weapons, according to the OIR.

A jury is set to decide next year if the OIR was right to justify the shooting itself.
Report a correction or typo
Related topics:
fresnocrimeofficer involved shootingshootinglawsuitfresno
Copyright © 2020 KFSN-TV. All Rights Reserved.
OFFICER INVOLVED SHOOTING 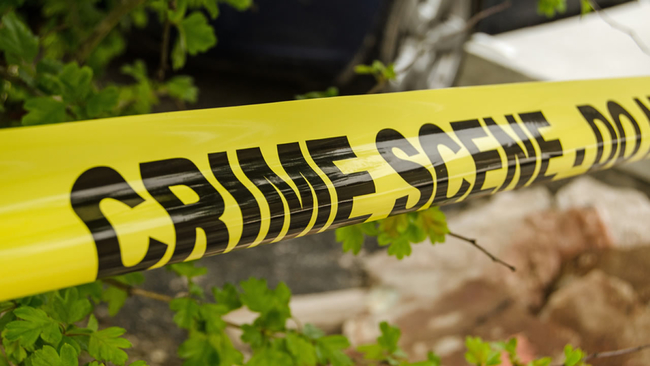 Murder suspect wounded in shootout with police in Montclair