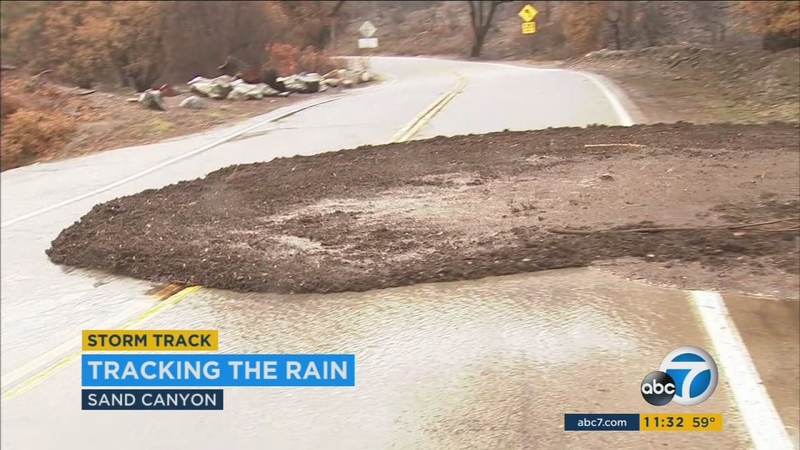 SANTA CLARITA, Calif. (KABC) -- Heavy rain triggered a flash mudslide that smothered a roadway Friday morning in Santa Clarita, where officials had warned that such an incident was possible in the burn area of July's massive Sand Fire.

Comprised of mud, rocks and debris, the dramatic flood made its way across Sand Canyon Road near the Live Oak Campground in the Angeles National Forest.

The incident prompted a shutdown of the narrow two-lane street in both directions. Some motorists ignored the closure signs, hoping to avoid slow traffic on the nearby 14 Freeway during the rainstorm.

Mud and debris is starting to give way in the Sand Canyon burn area. Details on #abc7 #abc7eyewitness pic.twitter.com/WxO9IU8rGQ

Gary Demaio, who lives in Sand Canyon, said he was not surprised by the mudslide but was somewhat worried about possible dangers to his home during amid heavy rainfall.