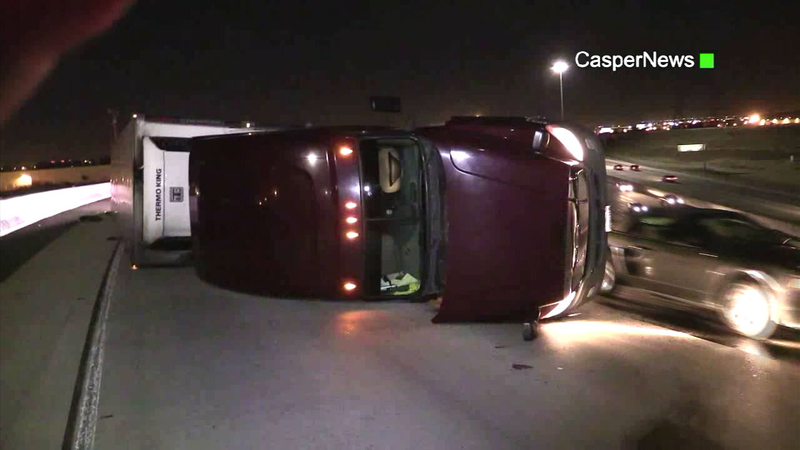 In Long Beach, Catalina Express boats remained docked as the windy conditions in Avalon Harbor on Catalina Island forced the company to cancel several boats between the mainland and the island.

For The Foreman family, it meant their birthday trip was a bust as they waited overnight only to hear the next few boats would be canceled.

In the Inland Empire, the winds whipped up a nasty dust storm on the northbound 215 Freeway, bringing traffic to a standstill.

The strong, cold winds and dry conditions helped fuel several small brush fires, including one that broke out in Covina, charring 2 to 3 acres.

In Sun Valley, a strong gust took down an old tree, with part of it landing on a car parked beneath the large limbs. No one was hurt.

From tumbleweeds in Pasadena to wind-blown trees in Burbank, Mother Nature certainly made her presence known.

"At our house, it was really, really windy," said Cheryl Ross of Hollywood Hills. "My daughter's stain glass project she made for her Italian class just crashed and burned in little pieces everywhere..."