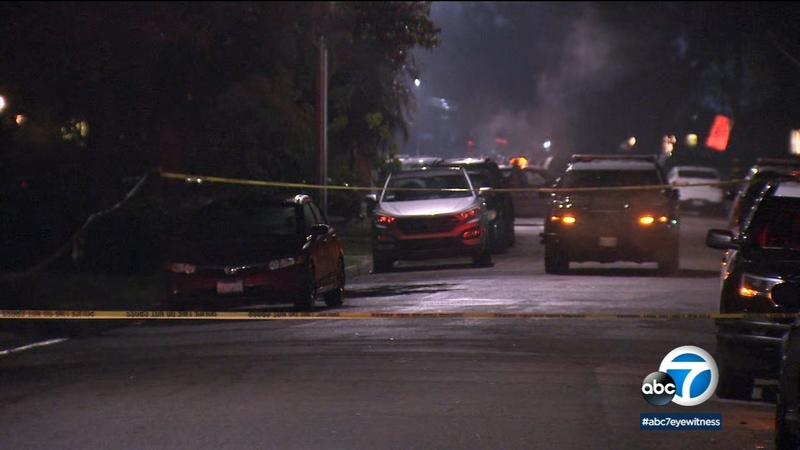 WEST COVINA, Calif. (KABC) -- A homicide investigation is underway after a man was killed and two others were wounded in a shooting in West Covina Monday evening, police said.

West Covina police responded to reports of shots fired in the 1100 block of East Larkwood Street at about 9:13 p.m., according to a news release from the department.

Three gun shot victims were found when officers arrived. Police said one man died at the scene and a second man was taken to a hospital with critical injuries. A third victim, a woman, was transported with non-life threatening injuries.

The identities of the victims was not immediately released.

Details regarding what led to the shooting or a suspect description was not known.