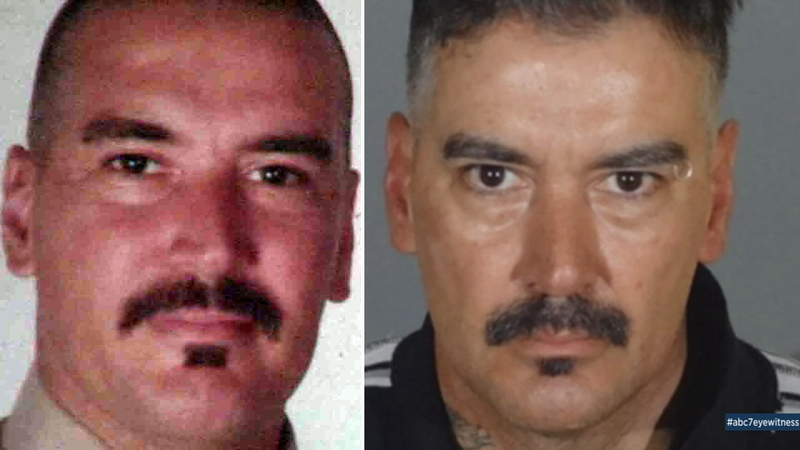 WEST COVINA, Calif. (KABC) -- A reward has been offered in the search for a suspect officials said shot a West Covina police officer on Friday.

Authorities said Jose Luis Chavez was with a woman, walking his bike in the middle of Badillo Street at about 11:15 p.m.

Investigators said Officer Kenny Benitez approached the couple after seeing what he described as suspicious behavior.

"The officer attempted to contact the suspect who immediately fled, the suspect then armed himself with a handgun and began shooting at the officer," Capt. Steve Katz with the Los Angeles County Sheriff's Department said.

Investigators said Benitez shot back, but was injured. Benitez was released from the hospital and recovering at home.

Chavez's family said they hadn't heard from him since the shooting. His sister said she spoke to him about 20 minutes before the shooting and said he seemed fine.

She claimed she'd heard a different version of the night's events.

"It was in self-defense, that the officer had beaten him with the club. When he approached he asked why was he pulling him over and he never answered him. I don't know, it wasn't said directly to me," Maria Tijerino, Chavez's sister said.

Authorities said Chavez had a lengthy criminal record and should be considered armed and dangerous. Investigators said they believed he was still in the Los Angeles area.

"Jose Luis Chavez, my best advice to you is to turn yourself in. How you do it, where you do it is entirely up to you. Rest assured, we will not stop looking for you until you are brought to justice for attacking our officer," West Covina Police Chief Dave Faulkner said.

Chavez's family said they hope he'd turn himself in.

"Louie, I hope you're OK first of all," Tijerino said. "You need to turn yourself in. Just like they said, where and when is all up to you."

The city of West Covina announced it would offer a $20,000 reward for information leading to the arrest and conviction of Chavez.