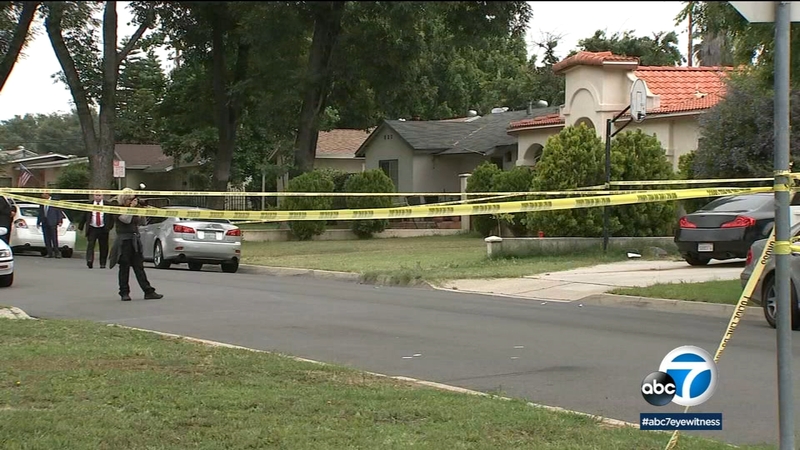 Officers responded to the 300 block of North Hollow Avenue at about 10:29 p.m. at a house used as an apparent Airbnb rental.

They found three juveniles in the backyard wounded, one fatally, according to a news release from the Los Angeles County Sheriff's Department.

The deceased victim was identified as 18-year-old Dennis Bracamonte of La Mirada.

Two of the victims suffered gunshot wounds to the legs and were transported to a hospital. Another victim, a female juvenile, was driven to a hospital with non-life threatening injuries after being shot in the leg.

Detectives said they found balloons in the yard and street and believe a nitrous oxide tank was used to fill the balloons to inhale in what is being considered a "nos party."

It was believed a fight broke out at the party, which led to the shooting.

Detectives believe there were between 30 to 40 people, a majority between the ages of 16 to 20 years old at the party. Most fled after the shooting occurred.

A suspect is sought in the shooting as authorities review surveillance video and attempt to contact the owner of the house.