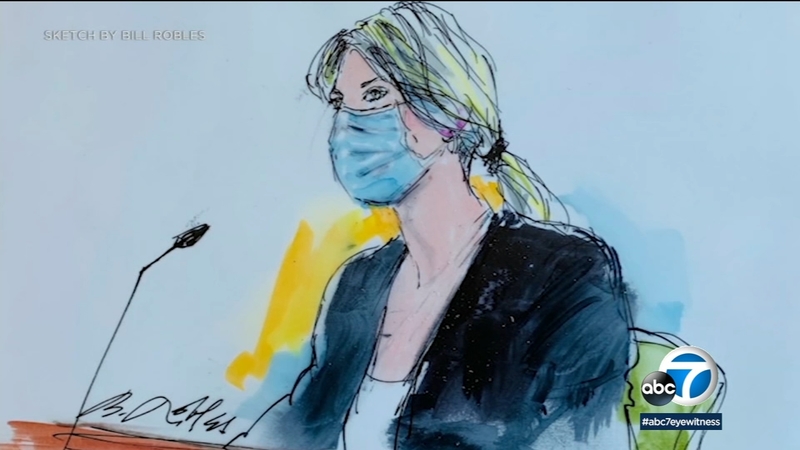 Grossman faces several charges, including murder and vehicular manslaughter, stemming from the Sept. 29, 2020, crash at an intersection of Saddle Mountain Drive and Triunfo Canyon Road.

Investigators say her Mercedes-Benz SUV fatally struck 11-year-old Mark Iskander and his 8-year-old brother Jacob in a crosswalk while they were walking with their family.

According to prosecutors, Grossman and former Major League Baseball pitcher Scott Erickson -- who was driving a separate vehicle -- were street racing at the time of the collision.

After a five-day preliminary hearing, the judge ruled Grossman was playing a high stakes game of chicken with Erickson. Adding, with a clear conscience she cannot dismiss the murder charges.

After the hearing, The boys' mother was glad the case was going to trial.

"We're definitely happy," said mother Nancy Iskander. "We're thankful to judge Samuels. We think the whole justice system, they looked at the facts and they made the right decision. Nothing will bring Mark and Jacob back and the pain in my heart will remain, but we are happy with the justice we received today."

On Wednesday in court, a Los Angeles County sheriff's deputy confirmed that Grossman was driving approximately 72 miles per hour at the moment of impact.

During the second day of Rebecca Grossman's preliminary hearing, witnesses recounted what they saw after the Westlake Village crash that killed two brothers.

"We're hoping that no other family can go through this tragedy," Iskander told ABC7 outside the courthouse Wednesday. "We cry every day. Like I said, it's been horrible.

"We want people who make choices like that to think twice before they get behind the wheel," she said. "And that can only be done if justice is served."

Grossman has pleaded not guilty and remains free on bail. She faces 34 years to life in state prison if convicted on all counts.

"As a mother and a human being, Rebecca Grossman is devastated and consumed with grief," the defendant's attorney said in a statement released Thursday afternoon. "A fatal traffic collision was the last thing she wanted, expected, or could have foreseen that night. Coming around a blind curve in the dark and approaching an intersection, she did not see pedestrians."

The statement added: "We urge the public to keep an open mind about this tragedy. All evidence and testimony will only come out in trial. Ms. Grossman will be exonerated of the murder charges in this case by a jury."

Grossman's defense team said they plan on filing a motion to have the murder charges dropped when it goes to trial.