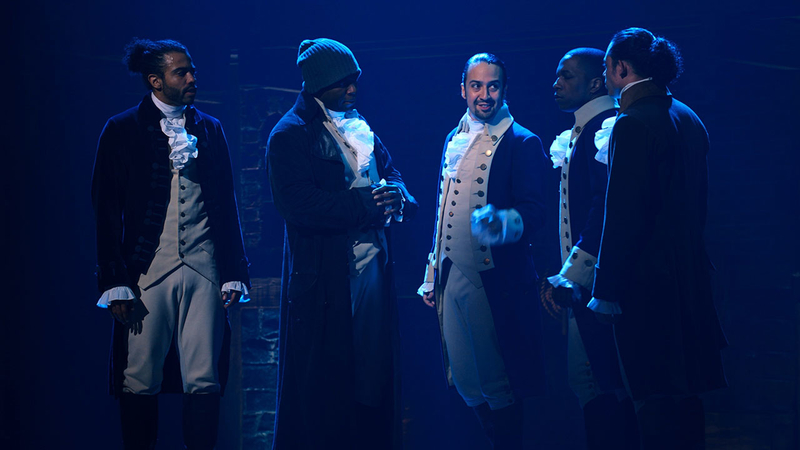 'Hamilton' is coming to Disney+ on July 3

"Hamilton" is coming to Disney+ on Friday, July 3. Here's everything to know about the Hamilfilm, as fans call it, ahead of its streaming release.

Disney+ describes "Hamilton" as "the story of America then, told by America now," adding, "Featuring a score that blends hip-hop, jazz, R&B and Broadway, 'Hamilton' has taken the story of American founding father Alexander Hamilton and created a revolutionary moment in theatre - a musical that has had a profound impact on culture, politics, and education."

Check out the trailer here:

We are proud to share #Hamilton; a work that has sparked passion, conversation and the need to confront the past to shape the future. Streaming on #DisneyPlus on July 3. pic.twitter.com/z7t0DS43gX

Is this a movie? When was 'Hamilton' filmed?

Unlike other movie musicals where the production is re-created on a set, Disney+'s presentation of "Hamilton" is a filmed version of the original Broadway production straight from the Richard Rodgers Theatre in 2016.

The filmed version is directed by the show's director, Tommy Kail. It was originally scheduled for a 2021 theatrical release but was later fast-tracked for an earlier release on Disney+.

Who's in the 'Hamilton' cast?

Millions of fans can't wait to be in front of the screen when it happens as the unforgettable Broadway show "Hamilton" begins streaming on Disney+ on Friday, July 3.

Alright, alright! Give it up for @ReneeGoldsberry singing “Satisfied” in this brand-new clip from Hamilton, streaming exclusively on #DisneyPlus this Friday. #Hamilfilm pic.twitter.com/4JYWYLLFXn