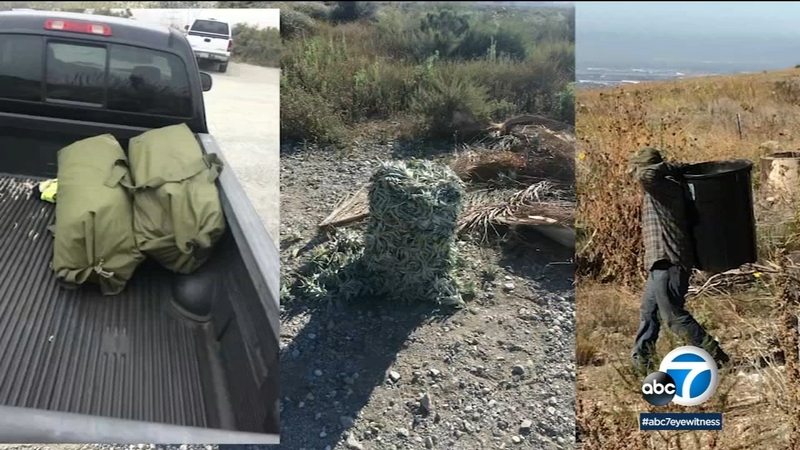 In pop culture, white sage is practically synonymous with smudging, a wildly popular trend appropriated from Native cultures. Many celebrities and those who say they're promoting "wellness" are instead contributing to its decimation.

The Indigenous-led campaign, "Saging the World," is educating the public about the problem and ways to help.

White sage, or Salvia apiana, is a silver-white, fragrant and sacred native plant.

"To Native people, white sage is an ancestor, it's not just a plant," said Kimberly Morales Johnson, tribal secretary of the San Gabriel Band of Mission Indians and member of the campaign. White sage's aroma holds precious memories for Kimberly, her sister Mona, and niece Ellie.

"That smell is very distinct," said Mona Morales Recalde. "So, when you have that smell at a very young age, and then you smell it as an adult, it definitely triggers a flood of memories. It is something that was used even at our mother's funeral."

"My first Indigenous Peoples Day, I vaguely remember them blessing that land through everybody in the tribe," said Ellie. "That's one of the most precious memories that I've ever had with white stage."

They're joining efforts to protect the plant that is increasingly commercialized, appropriated and harmed. A quick online search opens a seemingly endless supply of white sage bundles. Many of the sellers advertise it on E-commerce sites like Amazon and Etsy as a plant that "removes negative energy," too often lacking significant cultural context.

Descriptions of how the white sage is sourced are often ambiguous. Those trying to increase education and conservation say for years, people have poached it in large quantities from habitats like the North Etiwanda Preserve in Rancho Cucamonga.

Goodman has documented many of those encounters over the years, amassing a large library of photos and videos.

"They'll take little buckets with them. They'll cut the sage as they go. They dump it in the bag, when the bags are full, they hike them out." said Goodman, adding the bags can weigh anywhere between 60-100 pounds.

People who are poaching the plant don't say who's hiring them, said Goodman. So, true accountability is a challenge.

"We've had situations where people tell us they get picked up at swap meets. They're brought up here and they're dropped off. They're given you know, the tools necessary: the duffel sack and the clippers to cut it. They cut it, pack it out. These people pick them up. Oftentimes they're using Ubers now," he said.

"The problem are the people that are organizing this, the black market, the kingpins in this system," said David Bryant, director of education and engagement at the California Native Plant Society.

According to CNPS, those who take the job are often undocumented workers who are offered cents on the dollar.

"We've heard stories of people receiving a map, pruning shears and duffel bags, and being told. 'Go pick as much as you can. We will pay 30 cents a pound'," said Bryant.

It is believed that over the last decade or so, people have poached more than 15,000 pounds of white sage in the North Etiwanda Preserve region alone.

CNPS estimates that with very few commercial growers of white sage, the vast majority of products that are sold globally are wild-harvested - poached.

"It varies upon the season and the weather," Goodman said. "The spring is obviously the worst time because that's when we've gone through the winter. Everything is rejuvenating itself come spring and it will pick up dramatically. But it can happen daily."

White sage only naturally occurs in Southern California and Northern Baja. When stewards like Goodman confiscate it, they ensure it ends up in the hands of native tribes.

However, the process of salvaging it can be physically and emotionally trying. Kimberly recalls a phone call to a friend after she and her family received about 300 pounds of white sage that had been poached.

"I started crying and she's like 'you're so emotional,' and I said, 'I feel like I went to a funeral all night long,' " said Morales Johnson. "We saw it was fermenting. It started to emit a smell."

The exploitation is also disheartening, said Morales Johnson. "It was a migrant worker who got caught. He didn't speak any English. He was charged with $9,000 of larceny. What happened to the person who he was going to deliver it to? Nothing," she said.

Kimberly is earning her PhD in Native American studies with a designated emphasis on human rights. Inspired by those who came before her, she wants to use her education toward justice for her ancestors and future generations.

"We can also be political and speak to the needs of our people because our people have a lot of needs still to this day," she said.

Joining this shared mission alongside other Indigenous people to save white sage is among the many commitments she has taken on.

"The one thing we can all agree on is preservation, and we can agree that this is our culture, and we have very little pieces of it left. So, we all need to come together to save our ancestor."