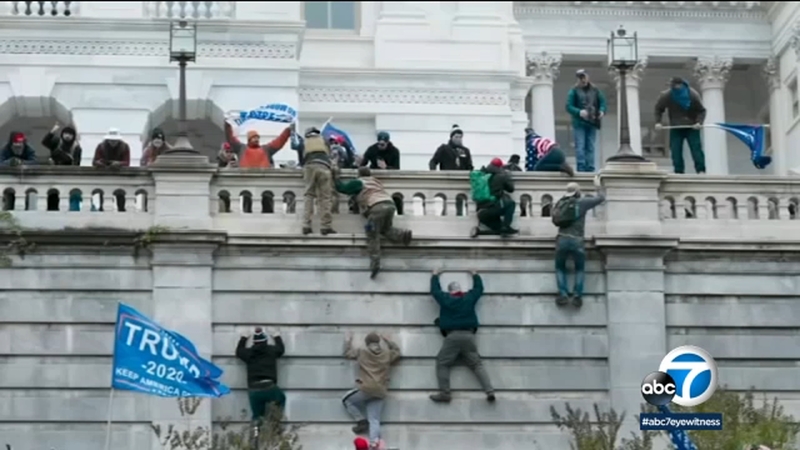 The insurrection at the U.S. Capitol was disturbing, yet not surprising to many, like Scott Ernest who once recruited white nationalists and ran a hate group in Montana.

"I wish it never happened. I wish people took it seriously when I was in it," said Ernest.

He said violence was supported by a majority of his peers.

Across the country, white supremacist groups are recruiting and organizing.

"There's probably more hate groups in California than anywhere else in the country," Ernest said.
"Their numbers are bigger, their plans are bigger than anyone will give them credit for," said Nick Lawson, a Southern California teacher, raised in Louisville, Ky.

"I coordinate a group for white adults, white teachers to help learn to develop their skills to be better allies to the non-white or marginalized community," Lawson said.

Lawson is especially concerned about the recruitment of young white men.

"They're online where your young, where your sons are online," he said. "Everything I could possibly do to make sure one of our students don't end up in Charlottesville marching or end up with at that insurrection march," he said.

Lawson challenges white people to learn more and know who these groups are.

"Why aren't these groups becoming household names the way that they should be? Part of that, honestly, is because we have a culture that always gives white supremacy the benefit of the doubt," Lawson said.

"Dr. King was quoted as saying that he believed that white racism, that racism will be the destruction of Western civilization," said Pastor Eddie Anderson of McCarty Church and Clergy for Black Lives.

On MLK Day, Black Lives Matter and Clergy for Black Lives organized a Twitter storm using the #RadicalKing to amplify his vision for a beloved community, and the demand to abolish white supremacy through radical love.

"To reclaim the radical King, who believed in radical love. And not the King that was just singing 'we shall overcome' but the one who manifested dreams, the one who took on white supremacy," Anderson said.

"White moderates, liberals, progressives this is your fight," said Anderson of his feelings following the insurrection.

Earnest volunteers with the Free Radicals Project and Hands of Eir to give people in any extremist or violent organization, a way out.

"Everyone has a sphere of influence and if you're white, you probably have a larger sphere of influence than even you might think sometimes," said Lawson. "There's no shortage of things... areas where you can continue to learn and to grow and to have an impact."

Dr. King said: "History will have to record that the greatest tragedy of this period of social transition was not the strident clamor of the bad people, but the appalling silence of the good people."

Newly surfaced video from the 'New Yorker' shows dramatic images as a mob stormed the U.S. Capitol during that violent siege.