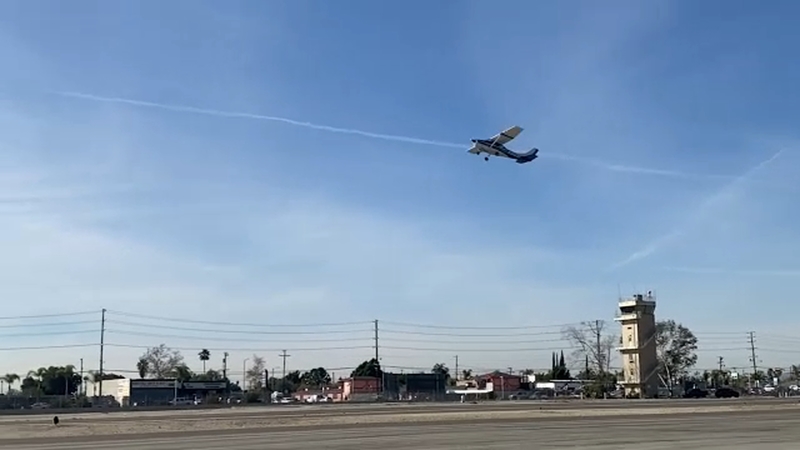 The accidents have impacted the northeast area of the San Fernando Valley, represented by the congressman. Most recently, a fatal crash occurred April 20 when a small aircraft crashed alongside the westbound 210 Freeway in the Sylmar area, leaking a small amount of fuel and damaging some trees. The pilot of the twin-engine Cessna 337, 62-year-old John King of Torrance, was alone in the plane and died at the scene.

It was the second crash in recent months to occur near the airport, prompting questions about its continued operation. In January, a plane landed on train tracks near the airport and was struck by a Metrolink train. Prior to that, in November 2020, a plane crashed in a neighborhood near the runway, killing a Civil Air Patrol pilot.

Over the last decade, there have been 13 crashes at or near Whiteman, one of five general aviation airports owned by Los Angeles County, according to data from the National Transportation Safety Board. Going back further, a 1990 county-sponsored study cited more than one accident a year annually at Whiteman between 1979 and 1990.

Following the January crash, the county Board of Supervisors asked its staff to begin compiling documents and data that would need to be presented to the FAA if the county opted to seek a closure of the 1940s-era airport. But Cárdenas is asking that more be done now, sending out letters to the FAA pushing for a safety audit and temporarily stop on all non-emergency flights into and out of Whiteman Airport, which facilitates more than 80,000 general aviation takeoffs and landings annually.

"Los Angeles County, the owner and operator of Whiteman Airport, has a responsibility to ensure that the airport meets the necessary airport safety and standards and that all safety practices are followed as required by the Federal Aviation Administration," he said.

"These incidents have demonstrated that Los Angeles County is failing to achieve the required safety standards and, as a result, trust with the community has been broken," he continued. "The lack of urgency and attention to ensuring that this airport is running safely is unacceptable. I am requesting a 30-day moratorium on all flights originating from Whiteman Airport, except public safety or medical emergency flights."

Gregor also noted that he has not received any request from Los Angeles County to close the airport, which is required -- under the terms of its most recent federal grant in 2021 -- to remain open for at least 20 years from that date. Los Angeles County, which owns Whiteman Airport, has received $4.8 million in Airport Improvement Program (AIP) grants for Whiteman since 2006.