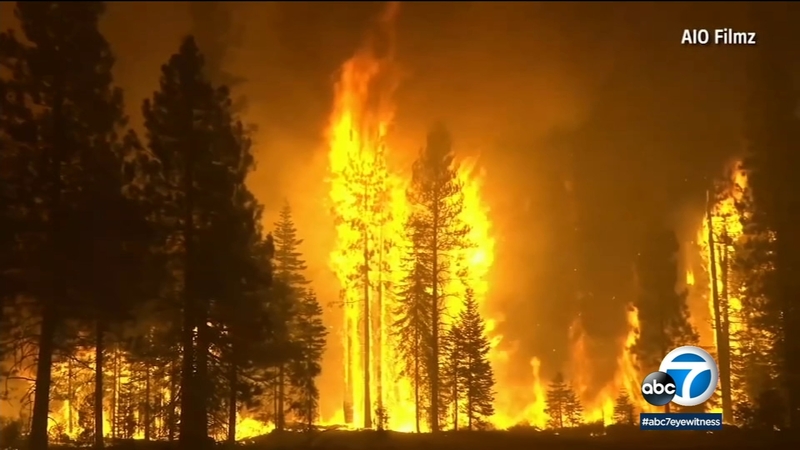 If it seems like wildfires across the state are only growing bigger and more devastating in recent years, statistics provided by Cal Fire appear to confirm it.

More than 5.5 million acres have burned on state and federal lands in California since the start of 2020. That's more than the previous six years combined.

While the reasons for this are complicated-including population growth and forest management-scientists say climate change is certainly playing a big role.

"The trend is a real trend," said Michael Goss, a postdoctoral scholar in earth systems at Stanford University.

"We can say pretty confidently that climate changes is impacting these variables," Goss continued.

In a recent study, Goss and other researchers measured what is known as the fire weather index in fall seasons since the late 1970s, and said the index has jumped by about 20% over the past 40 years. The fire weather index is an indicator that takes into account factors like temperature and precipitation.

The study also found that days with extreme fire weather (when the fire weather index was in the top 95%) has more than doubled in the state since the late 1970s, and that this trend will likely continue.

"Looking into the future we're going to need to consider that this kind of event is going to become more and more frequent," said Goss.

Typically, the number of extreme fire weather days in the fall season in California was about 5.5 days between 1984 and 2018.

Another key indicator for fire weather conditions are the red flag warnings themselves; specifically how many of them have been issued in recent years.

The number of days where the National Weather Service issued a red flag warning anywhere in the state has increased about 20% over the last decade and a half.

A lot of this increase comes from the northern part of the state. Southern California areas had a few years in the late 2000s with many days of red flag warnings, but in Northern California they were much rarer until recently.

"There's some evidence that perhaps in the West, climate change is accelerating over the past 20 years," said Karen McKinnon, and assistant professor of statistics and the environment at UCLA.

"The heat extreme warning, the red flag warnings; all of these things that really change the way we actually behave and interact with the weather. And so I think what we're starting to see now, is that basically there's been enough climate change that these extremes are popping up frequently enough, that it's becoming very obvious. It's quite hard to ignore," McKinnon continued.

McKinnon said she doesn't see these trends that have become a pattern over the past few decades reversing anytime soon.

"I think that we need to be prepared for the type of trends we've seen over the past 20 years continuing to some extent over the next 20 years. And that means that people do need to start adapting and being aware that they need to adapt to this kind of changing climate," McKinnon said.