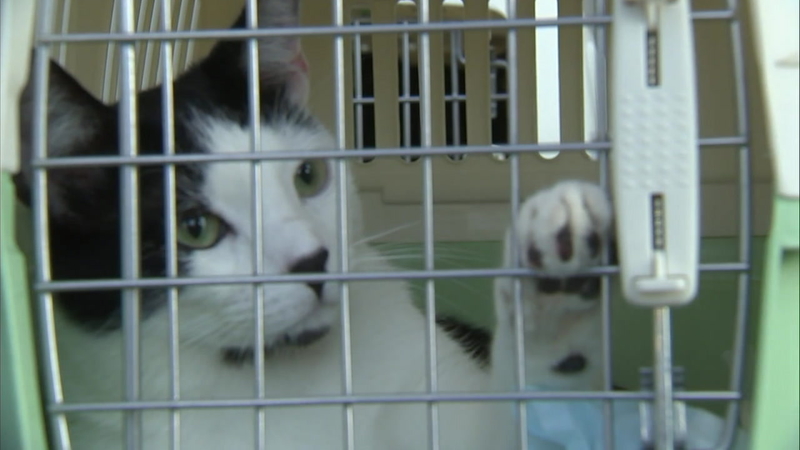 Rescue operation flies more than 100 cats from LA to Seattle

VAN NUYS, LOS ANGELES (KABC) -- More than 100 cats and kittens were loaded onto a plane at the Van Nuys Airport bound for Seattle where permanent homes are waiting for them as part of "Operation Homeward Bound."

"We are up to our neck in kittens, and so we're getting them out of here," said Jackson Galaxy, who launched the program as part of the Jackson Galaxy Project.

Galaxy knows a thing or two about cats, as the star of the Animal Planet Show "My Cat From Hell." In the series, he lends his expertise to families hoping to rehabilitate their four-legged friends who might be wreaking havoc at home.

His mission here is saving kittens he believes likely won't survive the streets of L.A. with so many shelters already full.

"We are doing a great job in terms of spay and neuter of domestic cats," Galaxy said. "We are doing a not so good job of spaying, neutering and returning to their colonies feral cats, or community cats. That's where our problem is."

The group Wings of Rescue is even donating a plane and pilot for the tiny passengers on the trip. Ric Browde is the organization's president. He said this flight is Wings of Rescue's 77th this year, and it's always interesting having so many cats on one plane.

"They generally fall asleep when we're at 10,000 feet, and then when we land you've got 130 voices saying are we there yet?" Browde said.