With abortion, some women feel like they're stuck between arguments 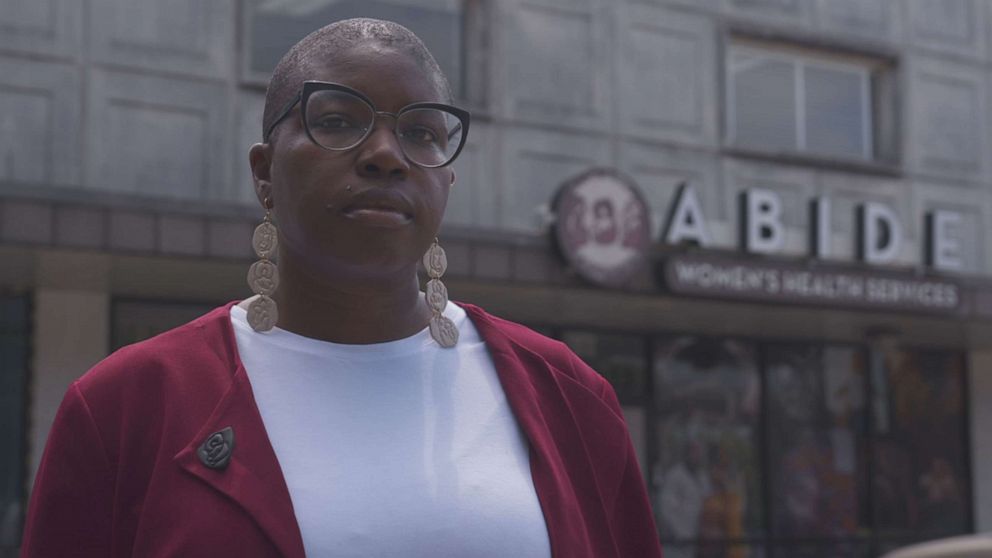 She opened her clinic, Abide Women's Health Services, in south Dallas to help eliminate some of the disparities seen in maternal and infant health care.

"Having these awful disparities that go beyond birth means there is a systemic issue here, so our little part of creating a better world -- a better environment -- for families is Abide," Smith said.

Texas' controversial abortion bill, SB8, which effectively bans abortions as early as six weeks, has put the state in legal limbo this fall and has heightened conversations around the issue.

The Supreme Court announced Oct. 22 that it will take up the Texas abortion law next month in a rare highly expedited case.

Smith, who said she believes abortion is unnecessary, found herself in the middle of a polarizing issue often defined in "black or white" terms -- she said she's in the "gray."

"At first it was a very lonely place to be," said Smith. "It's an area where you have to do a lot of work. It's an area that you have to hold tight to people who think differently than you."

Smith said that the conversation around abortion has become politicized and not about the individuals facing such a decision.

"I believe the opposite of [politicizing abortion] is creating a culture of life. We operate in a culture of death, and it's really evident by the systems around us," said Smith, who cited other issues like food insecurity and housing inequity. "There are so many systems that lead to death. And so when I think about abortion, I do believe it's an important topic, but it's not the only topic."

The Centers for Disease Control and Prevention has reported that Black women are three times more likely to die from pregnancy-related issues than white women, and throughout the U.S. women in communities of color experience the highest rates of poverty and food insecurity, according to a 2020 report by Feeding America.

For Smith, these are statistics that can't be ignored when having conversations around life.

"We're creating a space where families will come long after they have children, because they know it's a safe place," Smith said. "It's a place where they will find restoration."

MyKaylah Henderson, who became pregnant with her daughter at 17 years old, is a patient at Abide. She said she considered an abortion, but decided it wasn't for her.

"I was thinking if I can't really take care of myself in all the ways that I need to, I don't think I can take care of a child," said Henderson, who said the clinic offered support and answers to her questions. "I started working, I got a good job. ... I want to go to nursing school, so that's what I'm gonna do."

Henderson's mother, Shawana Carter, also was a teen when she became a mother. She said that while it was difficult to navigate at first, she has supported her daughter throughout the process.

"There were some plans that I had for MyKaylah to live out that I didn't get to do," Carter said. "However, I think I was able, or tried to convey, to 'Kaylah that 'this is your choice.'"

Although she decided to not have the procedure herself, Henderson said that she's pro-abortion rights -- it was her own decision to keep her baby. She said she's concerned that some women may not be given that choice.

"A lot of women feel like their choices have been taken away from them, even if they don't have kids," said Henderson. "I had a choice, and now they don't."

Across the country, women have been protesting against SB8 bill, fearing other states could adopt a similar measure.

Monica Simpson runs an Atlanta-based group called Sister Song that focuses on reproductive justice, particularly for women of color and queer women. They're often on the front lines fighting what they call restrictive legislation, including Georgia's "heartbeat" law that has been tied up in federal courts.

"We really look at the holistic view of one's life. We're looking at the right, the human right, for an individual to have the children that they want and the ways that they want to be able to prevent or end pregnancies without shame and with dignity," Simpson said. "Ultimately, the human right to bodily autonomy is to be able to make our own decisions about our lives and our futures."

Simpson said the conversation is not only about legal rights, but also the level of access to health care and child support in the U.S.

Growing up in rural North Carolina, Simpson said she experienced the lack of access to information first hand. Simpson was in college when she first heard about the option of abortion after her friend had an unexpected pregnancy.

"The conclusion I came to in that moment, though, was, 'This person gets to make their own decision for themselves. And who am I to stand in the way of that decision? And who am I not to be a friend to this person who is in need?'"

In Texas, Amy Ford is focused on helping women connect with community resources before, during and after giving birth. Ford is the founder of Embrace Grace, which helps those with unplanned pregnancies connect with churches and find resources through more than 700 support groups across the country.

"We want the church to be one of the first places a girl runs to," Ford said, "instead of the last, because of shame and guilt."

Ford's work stems from her own personal experience with an unplanned pregnancy when she was 19.

She "almost had an abortion. I was gonna let fear take over. I was terrified to tell my parents. I was scared to tell my friends, and I didn't feel like I had anyone to go to for support or anything like that," Ford said. "I went to church my entire life, every single week ... but it was the last place I wanted to go to."

She argues that "true feminism" is found within her support groups of women who don't have to choose between their dreams and their baby.

"You don't have to sacrifice your baby in order to achieve your dreams. You can do this. This is women empowerment," said Ford.

She said that exploring that "gray area" around the issue is about looking for commonality between both sides.

"One thing I feel like, for the most part, we can agree on, is no one wants an abortion," Ford said. "You don't want an abortion, but you feel like you don't have a choice. So what we can agree on is, 'Can we help her make an educated choice?'"
Report a correction or typo
Related topics:
abc newsnational
Copyright © 2021 ABC News Internet Ventures.
TOP STORIES
Thieves target Home Depot in Lakewood, making off with tools
UK, Germany, Italy report cases of new omicron variant
324 people in Riverside County received COVID vaccine frozen too long
Christmas tree prices higher this year due to drought, worker shortage
Riverside deaf football team set for state championship game
Average gas price in LA County rises to another record-breaking high
Pedestrian killed in Harvard Heights hit-and-run; driver sought
Show More
Retired cop dies after being shot while working security for TV crew
Support local shops on Small Business Saturday
Christina Applegate shares message on 50th birthday after MS diagnosis
Officer struck pedestrian, drove home with body: Prosecutor
OC high school students getting unique look at veteran experience
More TOP STORIES News