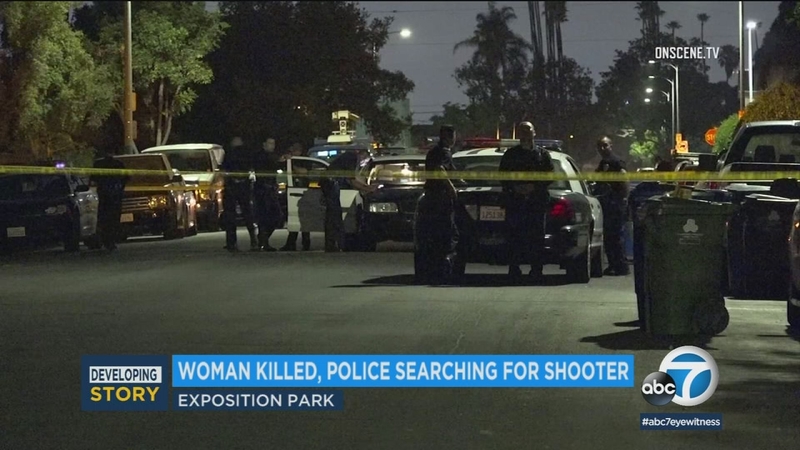 Woman identified after being shot, killed in Exposition Park

EXPOSITION PARK, LOS ANGELES (KABC) -- Authorities have released the name of a 32-year-old woman who was shot and killed Monday evening in Exposition Park.

The shooting was reported at 9:50 p.m. on Dalton Avenue, just south of Martin Luther King Jr. Blvd, an LAPD spokesperson said. According to investigators, the male suspect drove up to the scene, fired shots into a home and then sped away.

Gregory, a Los Angeles resident, was pronounced dead at the location. Officers and detectives responded to the scene, launching a homicide investigation.

A description of the shooter and his vehicle were not available.