It was a year ago this Thursday that so many lives changed forever in Thousand Oaks. Twelve people were killed in the Borderline shooting, including Ventura County Sgt. Ron Helus, who ran toward the gunfire to save lives. It's something his wife Karen says he'd do again if he could.

THOUSAND OAKS, Calif. (KABC) -- It was a year ago this Thursday that so many lives changed forever in Thousand Oaks. Twelve people were killed in the Borderline shooting, including Ventura County Sgt. Ron Helus, who ran toward the gunfire to save lives. It's something his wife Karen says he'd do again if he could.

We were with Karen Helus when she saw her husband's locker and uniform, which is now displayed under lights, for the first time at the Ventura County Sheriff's Department.

When asked if it feels like a year has passed, she said, "In some ways it does, but then it also feels like yesterday, too."

Sgt. Helus was one of the first responders at the Borderline Bar and Grill, taking heavy fire.

Many describe Sgt. Helus as a hero, a warrior.

Karen said as more time passes, the reality of her husband's death is settling in.

Sgt. Helus was Karen's husband of nearly 30 years and her college sweetheart. Their son Jordan lost his father, best friend and fishing buddy.

Hours before the gunfire broke out at Borderline on Nov. 7, 2018, Karen says it was a normal day at the Helus home. She even helped him load his pickup truck to go to work. That was the last moment they'd ever see each other.

"I don't think I'll ever forget this. There was this really cool sunset and it was pink, and his truck was black and it kind of sparkled," she recalled. "And then as he was pulling out the driveway, he just put his hand up, (motions sign language) saying I love you."

Karen said she did the sign right back to him, describing it as a "thing" they did.

Later that night, when Karen hadn't heard from her husband, she turned on a phone app that monitors police radio traffic.

"I didn't realize the magnitude of it and then as it progressed and I heard him and more and more was happening, I got anxious and nervous...yeah and then they said they were making entry, and I thought, oh wow don't go in there, but I knew he would. That just was him," she said. "He wasn't going to let those people be hurt if he could help it."

Karen listened from home, even hearing Ron's voice at times as those tragic moments unfolded at Borderline.

"I felt helpless. I was yelling at the phone, and he wasn't hearing me," she said.

"It seemed like forever, and I was like say something because I didn't hear his voice and then I don't know how long - it seemed like forever - but someone said he was down and unresponsive and I think I went to my knees. I couldn't stand up," she said. "And I think what I thought was - that doesn't happen here, that doesn't happen to people like us, right? But it does."

Sgt. Helus was shot five times by the gunman. Amid the chaos, investigators later determined that he had died from a responding officer's bullet. Karen said she has since met that officer - and doesn't blame him - calling him a great person.

Karen said knowing Ron, he would react the same way again - to save the 248 people who made it out alive, many of whom she has also met.

"They thank me for my husband's sacrifice, and that always gets me. And they ask me what they should do and I tell them you know, just live a good life, and let me know what you're doing," Karen said.

Karen said she looks forward to Borderline reopening someday. It was in that same building where Ron had proposed to her decades earlier and where they held their wedding reception.

"I want it to be rebuilt, because then evil doesn't win. To me, that's strong, and I think that's what Ron would have wanted actually," she said.

ONE YEAR LATER: It was 48 hours that changed one Southland community forever. The horror of the Borderline shooting followed up by the destruction of the Woolsey Fire just hours later. Now Eyewitness News returns to the Ventura County community ravaged by fire and hate, to witness rebirth and healing a year later. All this week at 4, 5 & 11 p.m. from ABC7. 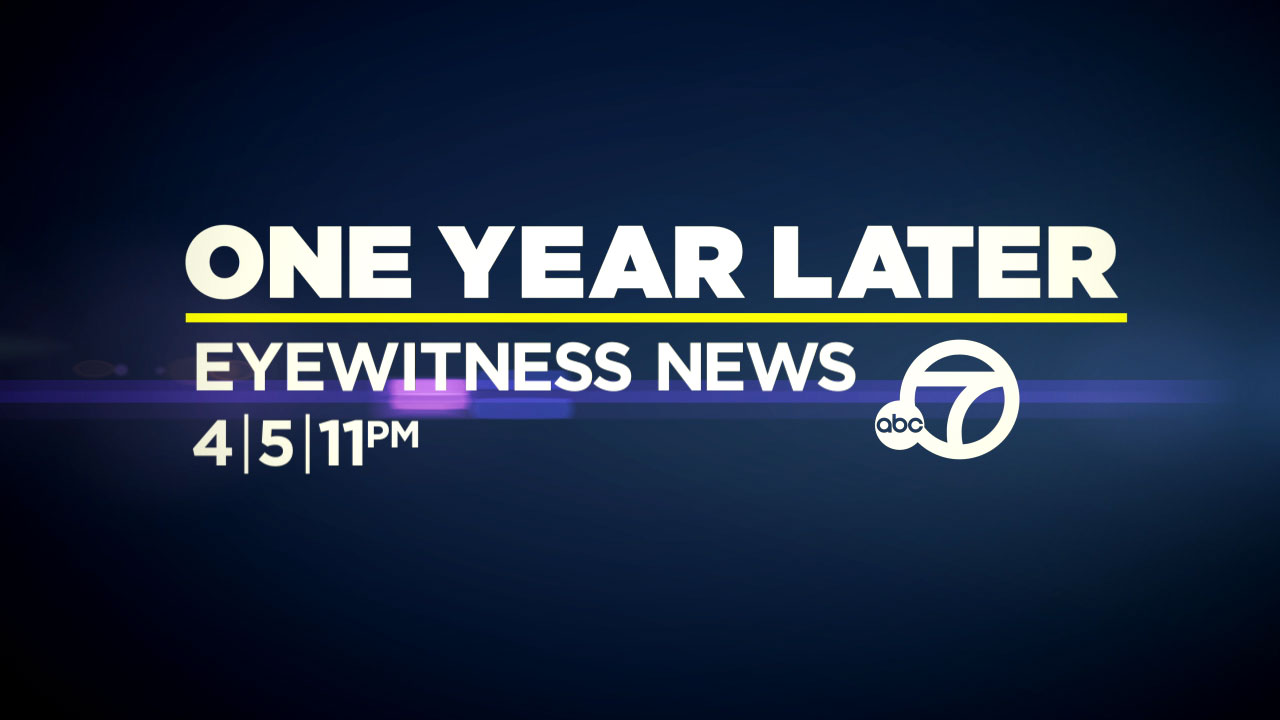