Cheating has nearly tripled since The New York Times bought the game in January just as the game was going viral.
KABC 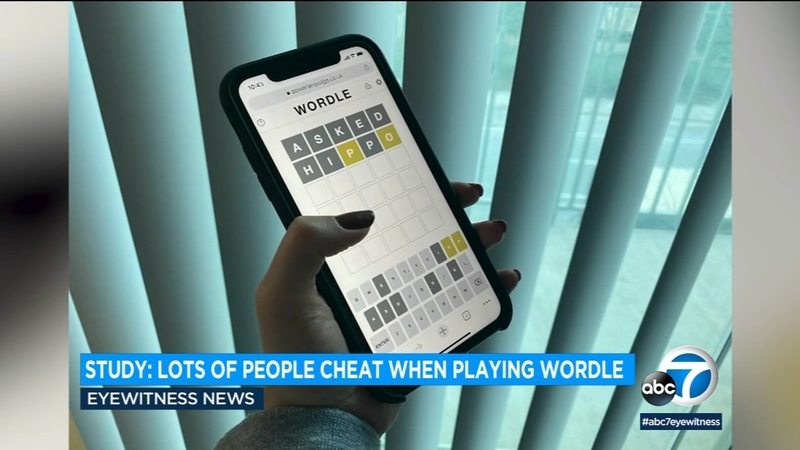 NEW YORK (KABC) -- Apparently, a lot of people are cheating when they play the popular online game Wordle.

A new study by Word-Finder-X looked at Google search trends and found the words "swill" and "aroma" were the two words players cheated on the most.

The study also found that New Hampshire had more Wordle cheaters than any other state.

Wordle became a viral sensation at the start of January with its popularity skyrocketing with users sharing their scores on social media.

The sensation grabbed the attention of The New York Times, which later purchased the puzzle.

Wordle, purchased for a price the Times described as being "in the low seven figures," will initially remain free to new and existing players.

Cheating has nearly tripled since The Times bought the game on Jan. 31, just as the game went viral.

Ever since then, the cheating has only increased as apparently more users are searching for "today's Wordle" more than before.

You can check out the full Word-Finder-X study here.