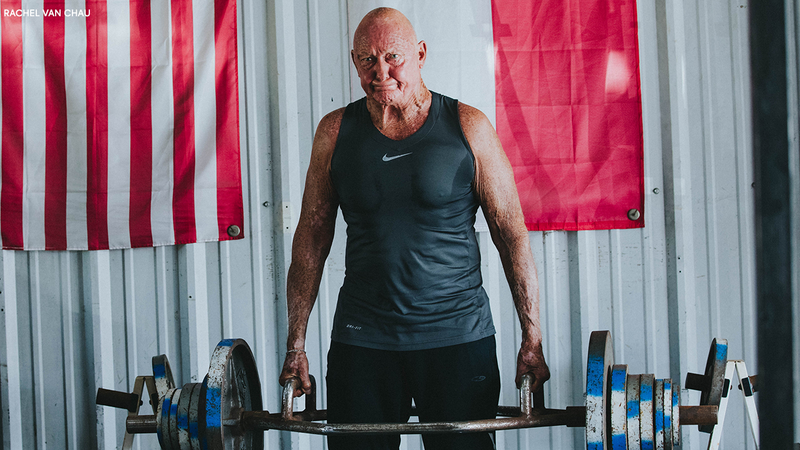 This 84-year-old powerlifter can deadlift 300 lbs!

LEAGUE CITY, Texas -- John McVeigh first got into lifting weights after he was diagnosed with prostate cancer in his 60s. Now the 84-year-old is shattering records as a powerlifter, able to deadlift 300 pounds without breaking a sweat.

"He doesn't brag about it. He won't talk about it. He just comes in here and does his work," Warehouse Gym owner Zach McVey said.

McVeigh hopes to keep competing on the biggest stages.

"At my age, there are very few people I grew up with that are even still around, much less can do anything. I can still do almost as much as I could when I was 50. It allows you to overcome obstacles because you're physically able to do it. You can't think about it, you've got to be doing it," McVeigh said.
Report a correction or typo
Related topics:
league citypumpedexercisegymktrklocalish
TOP STORIES
9 shot, 1 fatally, outside hookah bar in San Bernardino
COVID-19, shootings: Is mass death now tolerated in America?
Father put 1K miles on his car to find formula for premature daughter
24-hour closure planned on 101 Freeway east of downtown LA
'Absolutely terrified' teen boy dies hours after 'sextortion' scam
LAFD firefighters caught on video punching, kicking man in Silver Lake
SoCal homeowner shoots, kills suspect during home burglary
Show More
Runner dies after collapsing at finish line of Brooklyn Half Marathon
Some peanut butter recalled for potential salmonella
Granada Hills residents express concern over homeless encampment
Santa Ana substitute teacher arrested on child molestation charges
California water officials urge conservation amid drought conditions
More TOP STORIES News