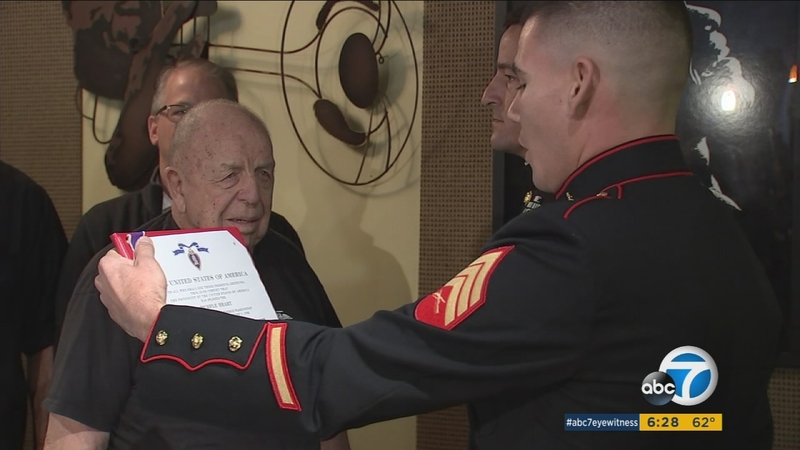 CANOGA PARK, Calif. (KABC) -- A local veteran received the honor of a lifetime decades after he served in the military.

Lee Anderson, 91, can be found almost every morning at Henri's restaurant in Canoga Park. But the Marine Corps. veteran had no idea what Thursday's visit had in store.

The story starts 72 years ago during World War II when then Cpl. Anderson, who was 19 at the time, had been injured on day 21 in the Battle of Iwo Jima.

Then, a few years ago, his children came upon their father's medical history and discharge papers.

"Down below when we looked it said, 'No record of award of Purple Heart,'" his son, Todd Anderson, said.

Anderson said to be awarded the medal is an honor. He thanked his children for helping to make it happen.

"They know I thank them. That's just the greatest thing there is. I'm glad (Todd) got it done," he said.

Lee Anderson was given a surprise Purple Heart ceremony 72 years after being injured in the Battle of Iwo Jima.