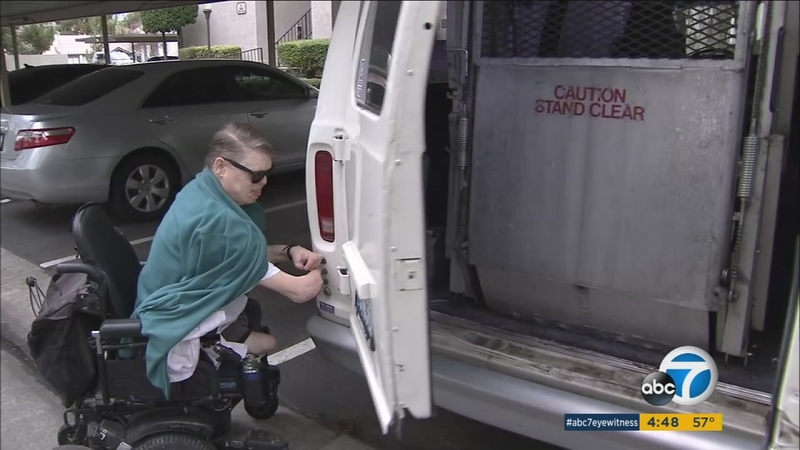 LOMA LINDA, Calif. (KABC) -- Quadruple amputee Phillip Campbell was left trapped inside his van after his wheelchair lift broke down.

After being helped, the 57-year-old Loma Linda resident now spends his days at home unable to leave and run errands as he used to.

"I am stuck which is a little annoying," Campbell said.

Three decades ago, he was in a car crash where he suffered third, fourth and fifth-degree burns.

He has since used his knowledge about his disability to teach others.

"I talk to medical students. I talk to doctors and services," Campbell explained.

His attendant, Nancy Hampton, set up a YouCaring page to raise money for a new van. She reached out to friends for help and they contacted ABC7 using #abc7eyewitness on social media.

It will cost an estimated $45,000 to replace the van with a lift, not including modifications.

Campbell hoped a new vehicle would help him reconnect with others.