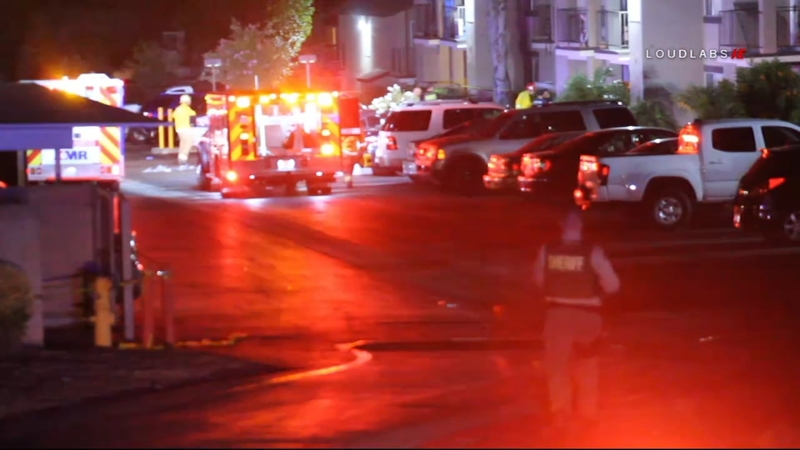 MORENO VALLEY, Calif (KABC) -- In Moreno Valley's second double shooting in less than 24 hours, one person was killed and another was injured by gunfire late Saturday night.

The second shooting was reported around 11:30 p.m. Saturday at an apartment complex in the 12000 block of Pigeon Pass Road.

Both were transported to a local hospital. One was later pronounced dead and the other was treated for what was described as wounds that were not life-threatening.

A third man at the scene was not injured.

The suspect or suspects remain outstanding and no description was immediately available.

Earlier Saturday morning there was a separate double shooting reported in Moreno Valley.