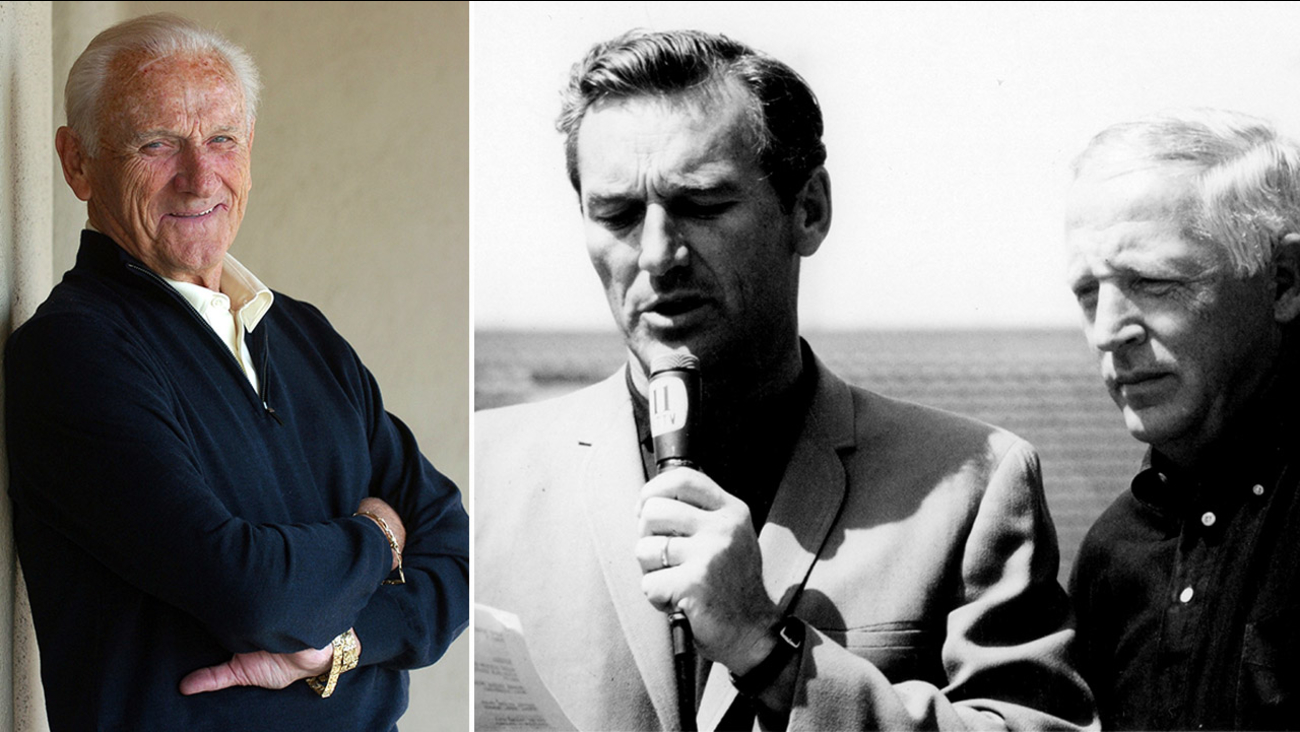 ENCINO, LOS ANGELES (KABC) -- Longtime University of Southern California announcer Tom Kelly died on Monday, according to the university. He was 88.

Kelly, considered the "Voice of the Trojans," began calling play-by-play for USC football and men's basketball games in 1961.

He would go on to call games almost yearly until 2003, including five national championship seasons.

He had waged a long battle with cancer and was set to turn 89 on Wednesday.

Kelly is survived by his wife Danusia, along with four children, a stepson, and six grandchildren.