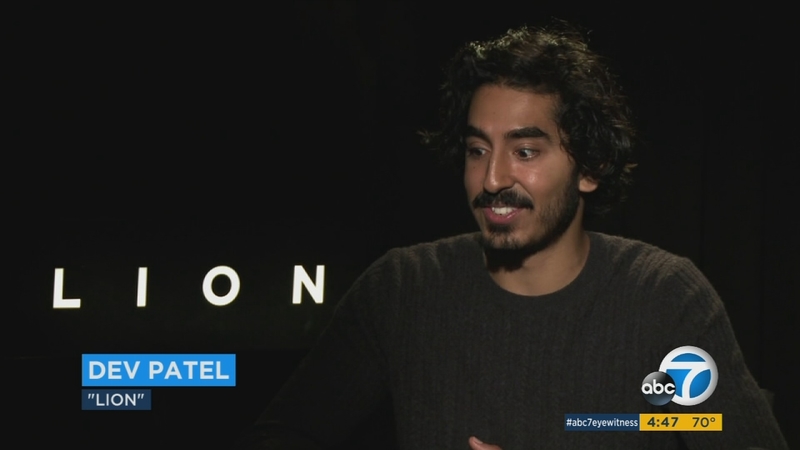 The film is based on the best-selling memoir by Saroo Brierley and has generated much Oscar buzz.

When Brierley was a 5-year-old boy, he was accidentally separated from his family in a rural, poverty-stricken area of India and ended up almost 1,000 miles away in the bustling city of Calcutta.

"It's kind of a once-in-a-lifetime role," said Patel, who plays Brierly as an adult. "There's no two-ways about it."

The incredible journey begins when young Saroo was forced to survive alone in Calcutta's dangerous streets, unable to speak the language of the city.

He was eventually placed in an orphanage and was one of the lucky children who was put up for adoption.

"For a dude from Rayners Lane, to be told he's going to share the screen with Nicole Kidman is mind boggling!" Patel said.

As a young adult, Saroo began having vague but haunting memories of his former life and culture. With the help of modern technology and Google Earth, he went in search of his birth family.

To help understand what his real life counterpart went through, Patel took a long train ride across India.

"I sat there writing a diary and went to visit these orphanages, and you kind of start to witness that isolation," Patel said. "I can't speak Hindi, so I'm on this train alone, there's no one really to talk to. You're looking out at the vista going by and then you can truly start to relate to what this child must have been feeling."

About 2,000 hopefuls were seen for the role of young Saroo. Sunny Pawar, who is now 8 years old, won the role.

While he and Patel did not share scenes or the same language, they did find a way to bond.

"With Sunny, you don't really need to sit down and have a long conversation. You just throw him as high as you can in the air and he loves it," Patel said. "He climbs on you like a jungle gym. He's just like a adorable young child. His name is a perfect namesake, he's a ray of sunshine on set."