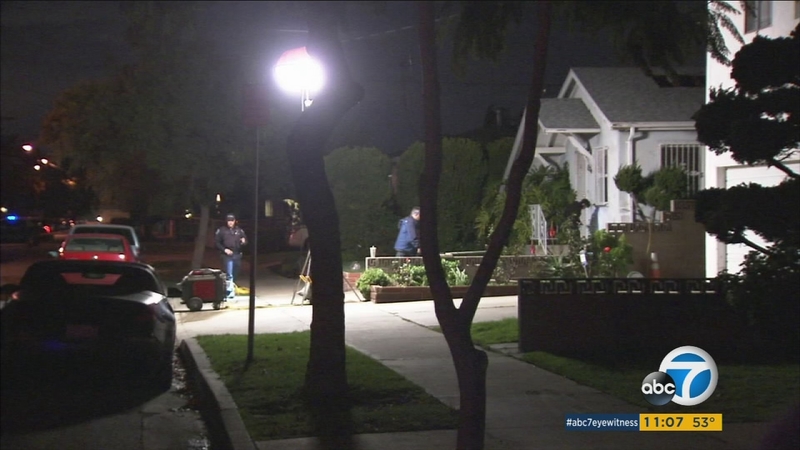 HAWTHORNE, Calif. (KABC) -- Firefighters responding to a house fire Friday in Hawthorne made a grim discovery inside: A dead elderly woman and her son in critical condition.

The fire in the 13000 block of Jefferson Avenue was reported at 12:06 p.m. and extinguished in 19 minutes, county fire officials said.

Inside the home, firefighters found the body of a woman in her 90s. They brought her outside the home and attempted lifesaving measures, but she was pronounced dead at the scene.

Firefighters told detectives it appeared the woman had suffered a gunshot wound to the head. Detectives said they were waiting for the coroner's office to confirm whether that was accurate.

Her son, in his 70s, was transported to a local hospital and pronounced dead. His cause of death was not immediately released.

Both victims, who neighbors identified as Ken and Constance Barnes, lived at the house.

"She was always filled with so much spirit and energy, and she was such a delight to be around and her conversation was wonderful," said neighbor Malcolm Pride.

Neighbors also said they didn't hear a gunshot or any commotion leading up to the fire.

Pride added that police were called to the home a few weeks ago and said Ken, who was a Vietnam War veteran, had not been walking his dog and it appeared he had not been taking care of his elderly mother.

There was no immediate word on the cause of the fire or any suspect information, but officials believe the fire was intentionally set and arson investigators were combing through the scene.

Anyone with information was asked to call the Los Angeles County Sheriff's Department's Homicide Bureau at (323) 890-5500. Anonymous tips can be provided online to Crime Stoppers or by calling (800)222-TIPS.