Ducks' Cam Fowler back in practice, should return to lineup soon 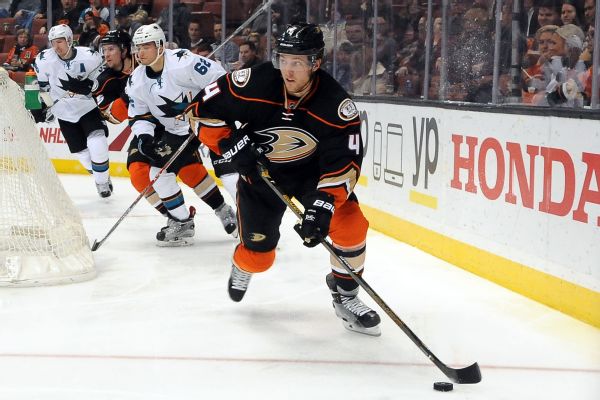 ANAHEIM, Calif. -- Cam Fowler is practicing with the Anaheim Ducks, and the All-Star defenseman could be on target for a quick return to the Stanley Cup contenders' lineup.

Fowler skated with his teammates Sunday when they returned from a three-day break after sweeping Calgary out of the first round of the postseason.

Fowler has been out since April 4, when Calgary captain Mark Giordano hurt him with an unpenalized knee-on-knee hit. Fowler missed all four games of the Pacific Division champion Ducks' series with the Flames, but he has been skating regularly for a week.

Although Fowler said he feels strong, he will be further evaluated before the Ducks commit to a firm date for his return.