KABC
POMONA, Calif. (KABC) -- Katrina Hannah, one of the survivors in the Las Vegas mass shooting, was not prepared to talk about the attack until Tuesday night when she arrived back in SoCal.

"I still don't feel like any of this is real," she said.

She received hugs from family and friends at Casa Colina Hospital Center as she arrived in a stretcher.

"It means so much. It makes me just want to keep fighting and get stronger and be back on my feet with all of them," she said.

She's back in Southern California for the first time since the shooting and was surprised by her loved ones who waited for her arrival with large signs.

Her mother was overwhelmed by the moment.

"She didn't know any of these people were going to be here, so thank you, thank you guys. It's amazing," Loreto Hannah said.

Her father said he's hopeful she'll make a full recovery after being shot twice - once in the shoulder and neck.

"There is no doubt in my mind that there were plenty of people watching over Katrina that night," Mike Hannah said.

A video from the scene shows country music star Jason Aldean on stage and Katrina dancing moments before the gunfire erupts. Her first thought was that firecrackers were going off.

"I remember saying, 'That's dumb.' And then two seconds later falling to ground. I thought I got tased or something. I wasn't really sure what happened," she said.

Then she said she couldn't feel her legs. Her friend, Matt Cuddihy, used his EMT skills to place a tourniquet on her. Later, a Marine she'd never met named Austin Cox picked her up and escorted her to the hospital.

Her mother took a picture of Austin at the hospital. His quick work helped ensure Katrina was among the first into surgery.

Although this is the first time she's spoke with Eyewitness News, we profiled many of those who saved her during our reporting in Las Vegas. Those acts of heroism went viral.

Katrina's all-time favorite artist Miley Cyrus saw one of our stories. Her friend Ajee then showed Katrina a special message made just for her from Miley.

If you want to contribute to Katrina's recovery, a GoFundMe page has been set up. You may donate by clicking here.
Report a correction or typo
Related topics:
societypomonala vernelos angeles countylas vegasnevadawoman shotcelebritymiley cyruswoman injuredgun violencehospitallas vegas mass shootingmarines
Copyright © 2020 KABC-TV. All Rights Reserved.
RELATED 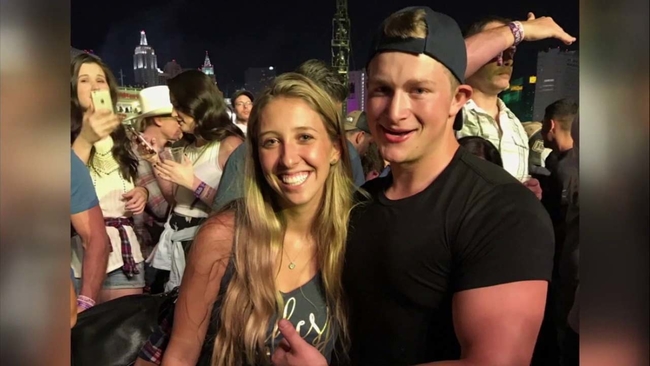 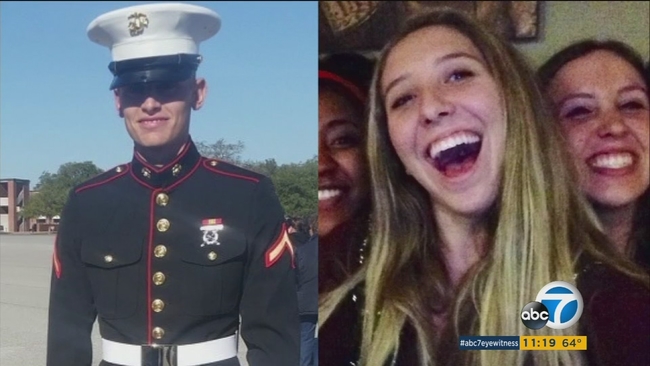