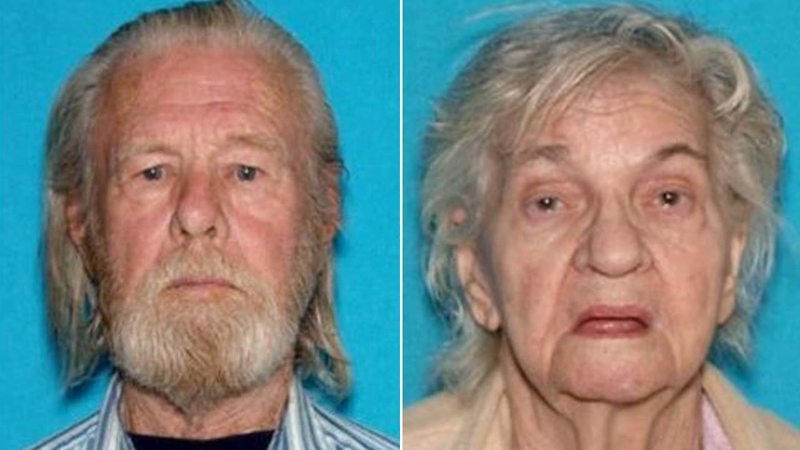 ADELANTO, Calif. (KABC) -- The search for a missing elderly couple from Palmdale has ended tragically - Pauline Davis, 91, was found in a desert area in Adelanto and taken to a hospital, but her 87-year-old husband was found dead.

Shortly before 5:30 p.m. Saturday, a passerby riding a quad vehicle in an open desert area in Adelanto found an unattended vehicle. That person called 911, and a sheriff's deputy responded to the scene.

That vehicle was related to a report filed Tuesday about a missing couple. Keith and Pauline Davis were last seen about 6 p.m. Tuesday at their home in the 38000 block of Sage Tree Street, according to the Los Angeles County Sheriff's Department.

Deputies searched the surrounding area in the desert and were able to locate Pauline Davis. She was transported to a hospital for treatment. Her condition was not immediately known.

Keith Davis was found dead in the open desert around 8:46 p.m., according to a press release from the coroner's office. Details surrounding his death were not immediately released.