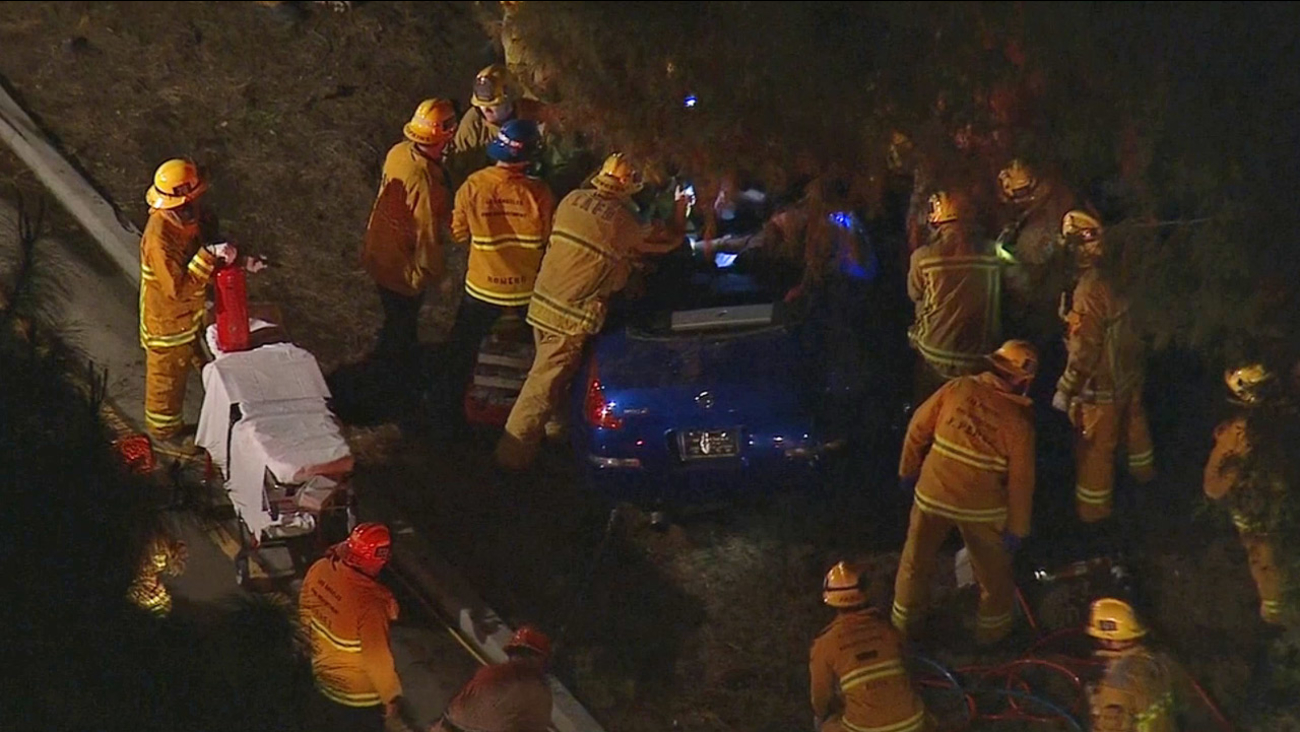 Los Angeles Fire Department firefighters work to extract a critically injured passenger from a car that crashed into a tree in Sherman Oaks on Tuesday, Jan. 27, 2015.

SHERMAN OAKS, Calif. (KABC) -- A 20-year-old man was killed and his female passenger critically injured after their car crashed into a tree in Sherman Oaks Tuesday.

Police say the driver was traveling at a high rate of speed, westbound on Chandler Boulevard near Coldwater Canyon Avenue, when he lost control at about 7:55 p.m.

The man was pronounced dead at the scene. His female passenger had to be cut from the wreckage. She was transported to Cedars-Sinai Hospital, where she remains hospitalized in critical condition.

The identities of both victims has not been released.

The Metro Los Angeles Orange Line buses were temporarily rerouted around the incident.