"These numbers have been consistent, unfortunately consistent, for the last 10 to 20 to 30 years," a criminal justice professor said.
KABC
By Carlos Granda and Grace Manthey and John Kelly
The death of George Floyd has sparked protests in all 50 states around the Black Lives Matter movement. One of the pillars of that movement is fighting the systematic racism in law enforcement.

Across Southern California, African Americans comprised about 7% of the population but made up 17% of arrests in 2018, according to an ABC7 analysis of the most recent FBI arrest data from over 100 Southland law-enforcement agencies.

"I can tell you that these numbers have been consistent, unfortunately consistent for the last 10 to 20 to 30 years," said Dr. Tommy Tunson, a former police chief and a professor of criminal justice.

Los Angeles prosecutors won't charge thousands of protesters who were arrested after violating curfew and other orders by police in the city that's made the most arrests during U.S. demonstrations over racial injustice.

In some local areas, the disparity is even wider.

There are other areas and departments that follow similar patterns.


Table not displaying correctly? Click here to view in a new window

"I think that's something that's always looked at in law enforcement," said Capt. Edward Ramirez of the Los Angeles County Sheriff's Department's West Hollywood station. "And I can tell you that West Hollywood may be the most tolerant cities in America and they expect that from the police department."

All of these communities have small black populations, West Hollywood having the highest at 3.6%. The others are at about 1% or lower.

While these numbers are staggering, it's also important to note that those who get arrested for crimes in an area aren't limited to those who live there, especially in cities like these where city boundaries aren't exactly obvious. For example, Manhattan Beach's neighboring city of Hawthorne has a much higher black population at about 24%.

In West Hollywood, Ramirez said the "population of about 38,000 swells to over twice that size during the week as people come in for employment and to visit."

But the entire population of Los Angeles County is about 9% black. And the percentages of black arrests by law enforcement in Manhattan Beach, Beverly Hills and West Hollywood are more than 20%.

Tunson said what it usually comes down to is individual officers, which is where proper oversight is important.

"The chief of police will look at this and say, 'Hey I need to talk to Officer X and find out why it appears that Officer X is contacting more blacks or Hispanics ... and the majority of the city is white," he said.

But there are growing sentiments for complete overhauls of police systems to fight these racial issues in the law enforcement system.

The "Defund the police" movement has been growing after the death of George Floyd and some local governments have even vowed to cut spending, including Los Angeles Mayor Eric Garcetti.
Report a correction or typo
Related topics:
societysouthern californiadata journalismarrestracial profilingrace relationsfbipolice
Copyright © 2021 KABC-TV. All Rights Reserved.
DATA JOURNALISM 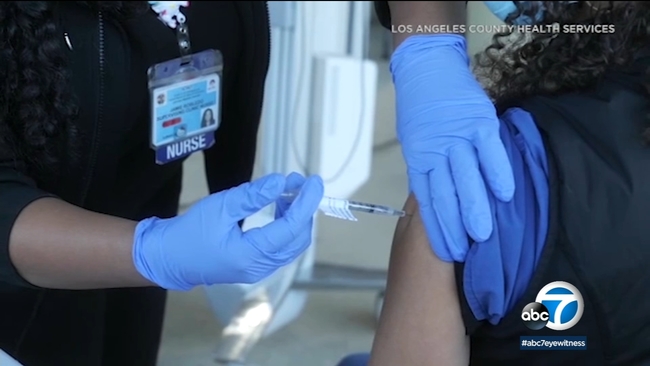