Windows shot out of 2 vehicles on 91 Freeway in Inland Empire, CHP says 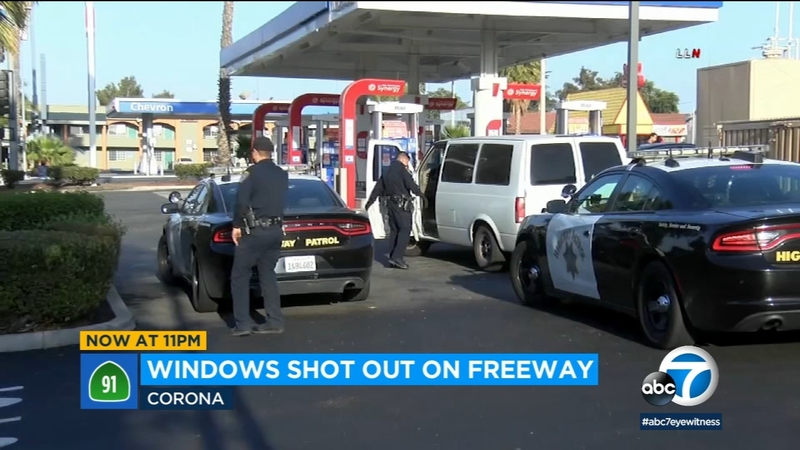 RIVERSIDE, Calif. (KABC) -- Authorities are searching for a person who shot and shattered the windows of at least two vehicles on the 91 Freeway in the Corona-Riverside area Tuesday.

The California Highway Patrol says a white GMC Safari van had a window shot out by a pellet or a BB gun around 6 p.m. as the driver was on the eastbound lanes of the 91 Freeway east of Lincoln Avenue.

Another incident was reported an hour later. The same thing happened to a white Jeep Wrangler traveling eastbound, east of Tyler Street. The driver reported hearing a pop, followed by a rear window shattering, according to CHP.

No injuries were reported, and no suspect information could be provided.

On Monday, a string of similar incidents happened during the 5 a.m. hour in the same area of the 91 Freeway near Main Street and Lincoln Avenue.