Congresswoman Nanette Barragan is behind the effort to rename a Compton post office in honor of the first Black Marine to receive the Medal of Honor.
KABC
By Anabel Munoz 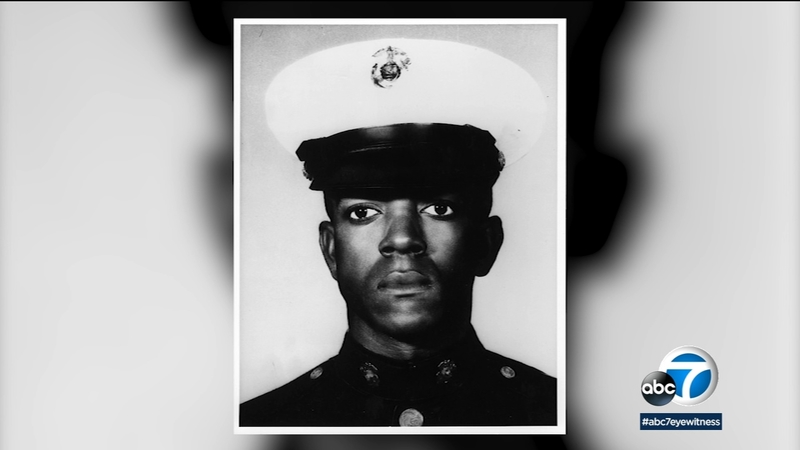 COMPTON, Calif. (KABC) -- Pfc. James Anderson Jr. of Compton was the first African American Marine to receive the Medal of Honor. He died in action in the Vietnam War - 54 years ago.

At 20-years-old, Anderson shielded his comrades from a grenade as they were under fire in Vietnam.

Denise Johnson-Cross, Anderson's niece, was only 5 or 6 at the time.

"I was actually home the day that the officers came to the house to make the notification to my grandparents," said Johnson-Cross. "Just the sadness. Of not just our family, but literally everyone in the neighborhood."

In 1968, Anderson was posthumously awarded the Medal of Honor, becoming the first Black Marine to receive the military's highest decoration.

"The civil rights movement at the time, that was absolutely amazing to go to Washington, and to receive the Congressional Medal of Honor," said Johnson-Cross.

Now, Congresswoman Nanette Barragan re-introduced a bill to have a Compton post office renamed in his honor.

"We have received an outpouring of support from the community," said Barragan.
It all started when a Marine veteran told Compton City Councilwoman Emma Sharif that Anderson's headstone needed to be replaced.

"I finally reached out to the congresswoman's office and started talking to her about it," said Sharif.

Anderson was one of seven children, and a generous man of faith.

"He had a beautiful voice. He sang in the choir. At one point in time, he had aspired to actually be a pastor," said Johnson-Cross.

His mother, Aggiethene Anderson, received hundreds of letters from around the country.

Some had no delivery address just the words: "Mother of Congressional Medal of Honor recipient, Compton CA."