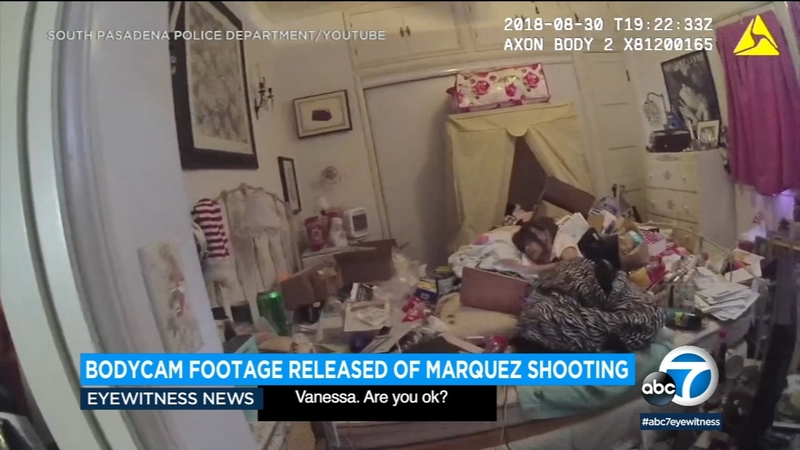 The video starts with officers entering her home for a wellness check.

Marquez told officers she was having a seizure.

Police say paramedics and a mental health clinician spoke with her right after that.

Officers told Marquez they were going to take her to a local hospital to be evaluated. They say that's when she picked up a handgun and officers retreated downstairs.

Police say they opened fire when Marquez advanced toward them with the weapon.

Marquez was killed in the confrontation.

Investigators magnified the video to show a hand holding a gun. The weapon was later determined to be a replica.

Marquez's family has filed a wrongful death lawsuit against the city of South Pasadena.