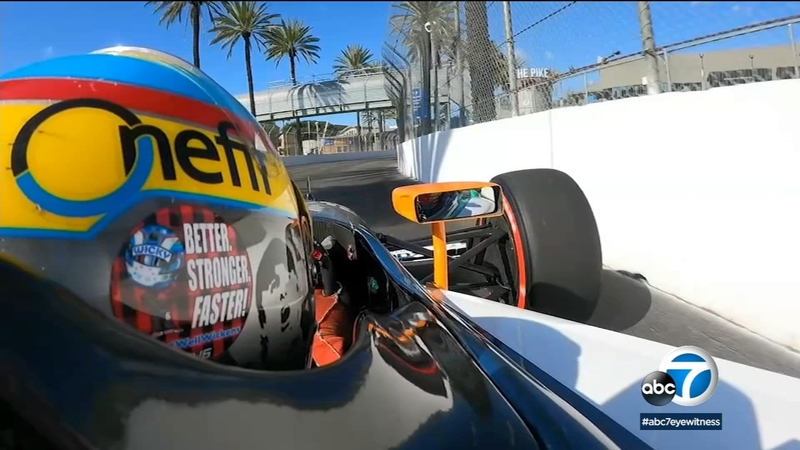 LONG BEACH, Calif. (CNS) -- The three-day 47th running of the Acura Grand Prix of Long Beach begins Friday with qualifying for the Porsche Carrera Cup North America and IMSA races and the start of the drifting competition.

Practice sessions for the IndyCar and super trucks races and the Historic IMSA GTP Challenge on the 1.97-mile, 11-turn street circuit surrounding the Long Beach Convention Center are on tap Friday.

A practice session for Sunday's featured IndyCar race will be from 3:15-4:15 p.m. An autograph session for IndyCar drivers will be from 4:55-5:55 p.m. in the IndyCar paddock, free to all spectators.

Every car competing in the cup series is identical -- the road car-based Porsche 911 GT3. With no technical advantage between cars, driver talent, along with team mechanical skills and strategy, will be the factors that decide the winners of the 40-minute races.

The Historic IMSA GTP Challenge will feature car marques including Ford, Jaguar, Mazda, Nissan, Lola and Toyota once driven by such drivers as Derek Bell, Geoff Brabham, Derek Daly, Juan Manuel Fangio II, Scott Pruett, Bobby Rahal and Al Unser Jr. Each of the cars will be authentic in every detail, including the livery they ran at the time.

In drifting, drivers intentionally maneuver their cars into controlled sideways slides at high speeds through a marked course, with a judging panel determining the winner based on execution and style.

A practice session for the super trucks race will be from 12:40-1 p.m.

Saturday's schedule features qualifying for the IndyCar race and a concert by Royal Machines, self-described as "Rock's greatest all-star band." Its members include Mark McGrath (of Sugar Ray), Dave Navarro (of Jane's Addiction), Billy Morrison (of Billy Idol and The Cult), Chris Chaney (of Jane's Addiction), Donovan Leitch and Josh Freese (of The Vandals).

The concert will take place at approximately 6 p.m. on the plaza in front of the Long Beach Performing Arts Center adjacent to the Long Beach Convention Center and is free to Saturday race ticket holders. Space at the plaza is limited and will be available on a first-come, first-serve basis.

The is the first time Acura Grand Prix of Long Beach is in its customary month of April since 2019. The coronavirus pandemic prompted cancellation of the 2020 race and the rescheduling of the 2021 race for September.